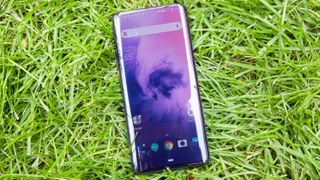 Though there's no information yet on the new device's specifications, pricing, or official release date, Sprint said it will be "another exciting option" for its customers to access the Sprint 5G network where its available.

Users in parts of Atlanta, Chicago, Dallas-Fort Worth, Houston and Kansas City can currently connect to Sprint 5G. The company also expects to launch service in areas of Los Angeles, New York, Phoenix and Washington, D.C. in the coming weeks. At nine cities, Sprint's anticipated 5G roadmap for 2019 will still leave customers less covered than the AT&T, Verizon, and T-Mobile 5G services will.

However, in those cities where Sprint 5G is deployed so far, we've found that the carrier offers more widespread coverage than its competitors because of its use of 2.5GHz spectrum. Other carriers currently deploy ultra wideband 5G, which requires line of sight to nearby cell sites. Last month, when we tested 5G service in Chicago, where both Sprint and Verizon have launched their new networks, we found that Sprint's 5G coverage was more persistent even though Verizon offered faster download speeds.

In June, Sprint released the exclusive $1,152 LG V50 ThinQ 5G. We thought the design was dated, but were impressed by the speeds in Sprint's 5G markets. Sprint has since added Samsung's Galaxy S10 5G and it offers a 5G hotspot as well.

Hopefully this OnePlus collaboration will unveil a fresh look while continuing to enable a speedy connection. It's possible we could see a 5G version of the stellar OnePlus 7 Pro, which is one of the best Android phones of the year. OnePlus already sells a 5G version of that phone in the U.K. through wireless carrier EE, where the only differences between the two OnePlus 7 Pro models are 5G connectivity and a higher price tag.

"We are proud to join with Sprint to bring an ultra-premium smartphone to their network," said Kyle Kiang, OnePlus chief marketing officer. "As a community-driven company, we are thrilled to tell OnePlus enthusiasts on the Sprint network that the wait is finally over. This is a tremendous opportunity to expose Sprint customers to the award-winning OnePlus brand."