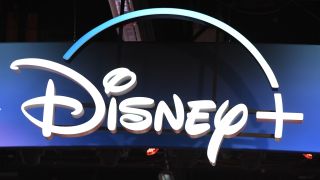 Contrary to an earlier report, we've just learned that Disney Plus won't have any issues running on Chromebooks or Android devices. This news came straight from Disney itself, which said its service will support Chromebooks and all certified Android devices.

The original report came from Cord Cutters News, which cited a Disney Plus free trial tester in the Netherlands. It claimed that an "Error Code 83" blocked service use was tied to Widevine DRM, and that Disney was enforcing use of the top tier of that technology — which Chromebooks and older Android devices did not support.

That tester, LiveJournal user Hans de Goede (hansdegoede), claimed that Disney Plus was incompatible with his all-Linux household, and warned others from signing up with the service.

Disney Plus is set to launch on Nov. 12, and we're hoping its big supported devices gap — Amazon Fire TV devices — is filled by that date. The service's big launch shows include The Mandalorian and The World According to Jeff Goldblum.

Verizon is offering a free year of Disney Plus to its Unlimited wireless customers and new FiOS customers.