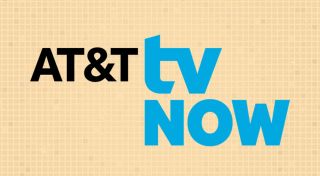 AT&T announced on July 30 that it is rebranding DirecTV Now as "AT&T TV Now" in an effort to both merge AT&T's content into a single hub and offset the growing losses of its struggling streaming brand.

DirecTV Now lost 83,000 subscribers in the first quarter of 2019, including one of our writers who signed up for the service to get a free Apple TV 4K last year. She pulled the plug amid rising prices, frequent glitches, and a flawed interface.

With masses of people ditching the streaming service, AT&T has acted. The company began notifying customers in July about the change to their subscription, ensuring their streaming will not be interrupted.

“Your service will continue without a hiccup,” the company wrote in the message to current DirecTV Now subscribers. “Your app should update automatically, and you’ll use the same sign-in info for the AT&T TV app."

AT&T details the rebrand in a press release. "In select markets this summer, we will pilot an all-new connected TV experience with no satellite needed – AT&T TV," the release reads. "As we roll out this new experience later this summer, current DIRECTV NOW customers will also see a new name—AT&T TV NOW—appear on their screen."

Users can now manage their account and subscriptions through an AT&T TV App.

Its too soon to know whether the name change will slow down subscribers from canceling, or whether AT&T TV Now will significantly differ from AT&T TV, the company's upcoming streaming TV service. Because a third AT&T streaming service is exactly what we need.

Perhaps this move is meant to offer synchronization between AT&T's abundance of content services (including HBO Max). If you ask us, the customers could certainly use some clarity.