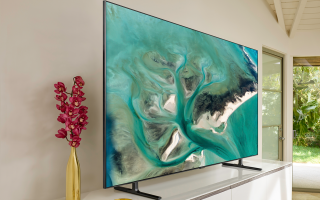 When you're on the hunt for the best TV for you, you have a lot of options. Whether you want smart functions, picture enhancements or just something that works with the stuff you already own, shopping for TVs can be a bit overwhelming. One way to cut down on the confusion is to find the brand that best fits what you want.

We test dozens of TVs every year, from the top premium models to the most affordable budget systems, and the differences between brands can be huge. The brand name on a new TV can tell you what sort of smart features it offers, what technologies are inside and even how reliable the set will be over time.

There are plenty of TV brands out there, but every TV shopper should know these three major players: LG, Samsung and Sony. Keeping in mind that each model of TV will have its own unique blend of strengths and weaknesses, which we highlight in our in-depth testing and reviews, here's how the top three TV brands stack up.

Samsung is the biggest name in the TV world, in no small part because the Samsung QLED lineup offers the best version of LCD display out there, with picture quality that rivals that of OLED and even exceeds it in certain aspects.

Whenever someone says, "I'd like an OLED, but …" my advice is always the same: Check out Samsung's QLED TVs for a fantastic OLED alternative. Even when comparing the recent Samsung Q90 QLED TV side by side with an LG OLED, I was hard-pressed to find many distinctions that could be considered flaws in either product, despite the Samsung set being about $300 less expensive.

Enhanced with a layer of quantum dots, which deliver better color and brightness than you'll find on traditional LCD displays, Samsung's QLED panels also come with a number of additional enhancements. These include wide-angle viewing and a blazing backlight that offers brighter highlights and more vivid color, even in brightly lit environments.

Samsung also delivers excellent aesthetics, with designs that look good even from behind. And if the regular QLED line isn't fancy enough for you, you can also check out the design-focused Frame and Serif TVs for a more artistic option. The stylized designs aren't as pronounced on less expensive models, like the Samsung 65-inch LED NU6900, but even more-basic models tend toward the chic.

But the other area where Samsung really stands out is its smart TV experience. The Samsung Smart TV platform — available on the full range of Samsung smart TVs, from pricey to affordable — offers a wide assortment of apps and plenty of customization options. But it delivers a lot of capability in an easy-to-navigate format. Plus, there are a few things you'll get only on Samsung TVs.

The first is Apple TV, without having to own an Apple TV device. The stand-alone app is currently a Samsung exclusive, putting all of your iTunes movies and shows on the big screen, as well as Apple's upcoming original Apple TV+ shows, without a separate Apple TV box.

Also, Samsung's smart home integration is second to none, providing easy compatibility with the entire Samsung SmartThings ecosystem and plenty of third-party devices. It's actually our favorite smart TV option for connected-home enthusiasts.

And if you're one of the few people in the market for an 8K TV, the Samsung Q900 QLED line offers the widest range of sizes, from a relatively reasonable 55-inch model up to a giant 98-inch model.

But Samsung's excellent TVs aren't without their drawbacks. The biggest are self-imposed by Samsung, such as the reliance on Bixby, Samsung's proprietary voice assistant. Without the accuracy and speed of Google Assistant or Amazon Alexa, using Bixby feels fine when it works. But when it doesn't, it's an exercise in frustration that will leave you barking commands into your remote control over and over again, hoping that this time you'll be understood.

The other self-inflicted problem? Samsung's attempt to compete in the HDR format war with HDR10+ means that the company's TVs don't support Dolby Vision, arguably the best version of HDR out there. And with HDR10+ content limited to select Blu-ray discs and players, and streamed only on Amazon Prime Video, it's a gap in the TV experience that won't be adequately filled for most people.

LG's TV lineup encompasses everything from inexpensive full-HD TVs to premium home-theater displays, but if there's any one thing associated with the LG name, it's OLED. The Korean manufacturer has led the industry on organic light-emitting diode technology since the first LG OLED TV, in 2013.

Today, LG's OLED lineup includes our favorite TV of 2019, the LG C9 OLED, and extends to radical new takes on what a TV looks like and how it functions. Look to the impressive W-Series Wallpaper TV (recently updated as the 2019 LG W9 OLED) and the upcoming Signature Series R Rollable TV (coming in 2020).

The beauty of OLED is undeniable, offering a superior blend of color reproduction, top-notch accuracy and lighting that surpasses anything an LCD can offer. This last item, per-pixel illumination, is where OLED really shines, allowing the display to deliver perfect blacks and the brighter brights of high-dynamic range (HDR) content without that bright glow spilling over into other parts of the display.

Even without OLED, LG offers competitive display quality in the company's midrange models, thanks to what LG calls NanoCell technology. Unlike the quantum dots that provide a perkier picture on Samsung QLED TVs, LG's NanoCell technology is all about maximizing color quality by removing unwanted color from the display's 8 million pixels, providing truer, brighter color. That nano-scale filtering also delivers deep blacks and wide viewing angles, providing an excellent level of quality for a standard LCD.

LG is also the only TV manufacturer presently offering HDMI 2.1 connectivity on its sets. The higher bandwidth of the 2.1 standard allows for high-frame-rate content, variable refresh rate (VRR) for gaming and Enhanced Audio Return Channel (eARC) with lossless audio.

But LG has also pushed hard on the smart aspects of smart TVs, refining webOS, which we named the best smart TV platform in 2018, with enhanced smart home features and both Google Assistant and Amazon Alexa built in. And while LG's midrange models may have LCD displays instead of the finer OLED, they still feature the webOS smart platform without sacrificing the features that make it our top pick.

The sets also offer some real appeal to anyone picky about picture quality. With display quality good enough to be used by Hollywood editors, the current LG TVs boast a lot of technical features, like a built-in pattern generator for display calibration. And with dedicated high-performance picture modes bearing the names of Technicolor and the Imaging Science Foundation (ISF), the options for fine-tuned picture quality are superb.

And for the 8K shoppers out there, we were extremely impressed with the LG 88-inch Z9 8K OLED TV, which is not only the first 8K OLED to come to market, it's also one of the best displays on the planet.

Sony: Industry-leading sights and sounds, with a hefty price

Last but not least, we have Sony. Once the reigning champion of all things A/V, Sony's presence is still big in the TV world. And rightly so, given that the Sony name graces what is undeniably the best-looking TV we've seen, the Sony Master Series A9F OLED TV. Even on standard LCD displays, like the Sony X950G 75-inch Android TV, viewers can expect rich, lifelike color, thanks to Sony's excellent video processing and support for 10-bit color and several HDR formats.

The A9F is one of many Sony TVs that delivers impeccable picture quality, fantastic sound and impressive overall performance. And with features like Acoustic Surface Audio+, which uses the glass panel of the OLED display as the source of sound, the sound quality isn't just good; it's more immersive than anything offered with traditional built-in speakers. And even on Sony's LCD TVs, like the Sony X950G 75-inch Android TV, the effect is replicated with a special array of speakers above and behind the display.

Android TV is Sony's smart TV platform of choice, and the Android experience has gone from good to great in the last year, with an upgrade that delivers faster responsiveness, a cleaner interface, and a rich ecosystem of apps and services through the Google Play Store. The new platform also comes with full Google Assistant functionality built in, optional Amazon Alexa support through a forthcoming app and built-in Chromecast for easy content sharing from mobile devices. We loved the new Android TV on the Master Series A9F OLED, and we enjoyed it even more on the Sony X950G, which gets Sony's newly redesigned remote control.

On the 8K front, Sony is offering some of the biggest and best looking models out there, with the Sony Master Series Z9G 8K TV coming in 85- and 98-inch models. While hardly budget-friendly, the 85-inch model is among the most affordable, at $12,999.

But a few consistent problems dog Sony's excellent equipment. Sony's settings menus tend to be labyrinthine in their complexity, which makes it even more frustrating that some features are turned off by default. Connect a 4K-ready game console, and you'll need to dig through three or four layers of menus to find the option to enable 10-bit color support. It's a confusing problem, but Sony TVs regularly lock away basic functionality behind settings that need to be manually changed.

Finally, as good as Sony's TVs can be, they also tend to be more expensive than competitors. This is especially true of Sony's OLED models, which regularly cost several hundred dollars more than equivalent models from LG. Sony's products may be great, but not everyone is ready to shell out a few hundred extra dollars for similar levels of quality and performance.