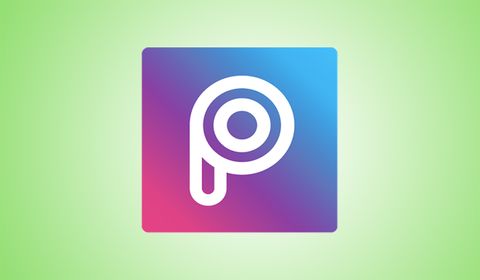 PicsArt is our choice for the Best All-in-One Photo App for Consumers. It has very accessible, yet powerful photo-editing and collaging tools that strike a nice balance between creative control and lively fun.

PicsArt (http://picsart.com, free or $5.95 for an ad-free version) is a fun, easy-to-use, yet powerful photo app that covers just about all the bases for consumer mobile photography. It's a versatile photo editor that provides lots of creative control, excellent image-editing tools and a large variety of attractive filters. In addition, you can quickly select or create fun stickers, combine your pictures into highly customizable collages, add artistic text and share. The full-featured camera module includes precapture effects and photo tools. With the addition of the new Remix feature, PicsArt has also entered the era of collaborative photo sharing.

When you first open PicsArt, the visually busy community home page is displayed, and it might take a few moments for a new user to wade through all the buttons to figure out what to do first. But the website has great help and how-to features, and once you're used to the app, it's very logical. You'll soon be quickly importing your pictures, editing and customizing them, then easily sharing your creations. We found working in PicsArt smooth, with no glitches and lots of fun, and it was more responsive than previous versions that could sometimes be sluggish.

PicsArt's photo-editing module is as comprehensive as you can get in an app intended for the general market. While Snapseed's superb editing tools surpass PicsArt's, the former is focused on professional photographers. PicsArt's clean, easy-to-understand photo editing gives savvy users lots of creative control (including the ability to brush effects onto selected areas of your picture) while being transparent enough for novices to experiment successfully.

Particularly fun to play with are the new Magic Effects filters. Like the Prisma app, Magic Effects applies various artistic styles to your pictures. However, PicsArt takes it much further. You can erase areas of the effect, creating a mixture of the original image and the filter, plus use the many edit tools and commands to customize the final picture.

MORE: The Best Photo Editing Apps for iOS and Android

Similarly, the Collage module offers a great variety of templates, including delightful combinations of nonrectangular image placeholders. With just some taps and drags, you can quickly swap images, change the relative sizes of the image placeholders, zoom and pan around to get just the right view of the image within the collage and experiment with borders, text, stickers, effects and color. We found ourselves enjoying the playfulness of the easy-to-control options.

PicsArt has long had a nice selection of stickers. Now you can create custom stickers from your photos, such as a sticker of a flower you photographed, or your friend's head. While using the Cutout tool is great fun, we found that the lack of feathering control and the clumsiness of using your fingertip to create the cutout can sometimes result in a jagged edge (there’s no auto-selection tool). On the other hand, when you add a sticker to another picture, you can use the blend tool to try to edit the edge.

You can share your stickers with the PicsArt community (as well as use any publicly shared stickers), or keep them private. In this manner, the searchable library of available stickers grows daily.

PicArts' biggest new feature is Remix, which adds a lively dimension of social photo editing to the app. You can share a photo with a group of up to 50 friends, and they can add stickers and text, draw, and even copy and paste portions of other pictures onto it (such as adding people or pets to your photo). This is one reason why it's important to be aware of when you're giving strangers permission to use and edit your pictures and stickers, because you wouldn't want your child's face to end up on someone else's Remix chat.

PicsArt's Remix isn't the same thing as Snapchat's, but it certainly has been influenced by Snapchat's success (as have Instagram and Facebook).

What users are saying

Google names PicsArt an Editors' Choice app and a Top Developer company. That seems to echo the sentiments of the more than 6.1 million users' average rating of 4.4 stars. The iTunes community is clearly smaller, with an average of 4.5 star ratings from just 28,000+ reviews. Even so, the vast majority of users are raving about PicsArt. Some, however, are unhappy with the recent update’s requirement that you now need to log in to use the app. A number of others have pointed out that they’re not pleased that unless you specify your images and stickers as private, they are not only shared publicly, but also can be used by others.

PicsArt is our choice for the Best All-in-One Photo Editing App for Consumers because of its rich and highly accessible collection of photo-editing and collaging tools. It provides lots of creative control while keeping everything fun and lively. If you’re a serious photographer who wants more professional style and quality editing tools, we recommend checking out Snapseed. But for most consumers, PicsArt is the way to go.