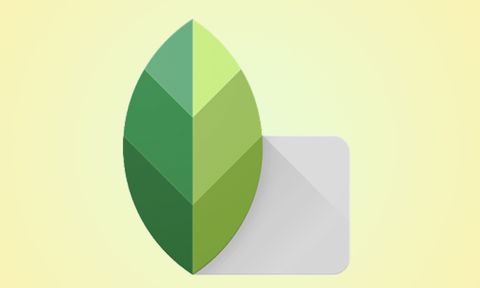 Snapseed's superb traditional tools and nondestructive editing make it the number one choice for serious photographers who want or need to spend time fine-tuning their pictures.

Snapseed (www.snapseed.com, free) surpasses all other general photo-editing apps we've tested in terms of professional quality and control, and it's the closest to a Photoshop CC for mobile devices. Snapseed isn't for the casual user, but for serious photographers who want or need to spend time creating the best possible image while on the go. As such, it has a full array of top-notch editing tools, including selective edit brushes, plus a nice collection of film-related filters (such as Lens Blur, Retrolux and the new Double Exposure).

Version: 2.17 (on both Android and iOS)
Devices: iOS, Android
File types supported: DNG (on Android), over 140 RAW formats (on iOS), JPEG
Sharing options: None natively in the app, but shares easily enough to installed apps, such as Facebook and Instagram, as well as via email and text messaging.

For detail-oriented photographers, Snapseed can be not only fun but also addictive. We found ourselves enjoying just wandering through its range of exposure, color, masking and reshaping tools, brushes, and filters as we experimented with different settings. Because the editing is nondestructive, you can always go into the Stack (the layers of edits) and adjust or eliminate any edit (including correcting misspelled text). Or you can use a Stacks brush to apply an effect to only a portion of your picture. For instance, if you use a B&W filter on your entire picture, in the Stack you can paint back all or a percentage of the color in specific areas.

You can now save the Stack of edits you've applied to a picture as a "Look," which can then be applied to other photos and shared with other users. This is a great advantage when you have a series of photographs taken at the same time under similar or identical conditions. But it can also be useful when you've defined a creative style that you will want to use again.

MORE: The Best Photo Editing Apps for iOS and Android

Snapseed continues to add to its arsenal of photo tools. For the most part, they are quite useful and effective, such as the new Curves exposure dialog. However, we had mixed results with the new Expand tool, which enlarges a picture by copying image data to fill space on the new outer edges. The problem with the Expand tool is that it can't invent data it doesn't have. So it will work only on those photographs in which there's a certain uniformity along the edges, such as a field of grass or a clear blue sky.

More interesting is the new Face Pose tool, which can pan and tilt a portrait to create a slightly different pose, or correct focal length-type distortions. It works only on images with a single face, which it maps onto a 3D model. It also uses facial recognition, which allows you to independently adjust the person's pupils or smile. Our results with Face Pose were subtle and quite appealing.

Snapseed uses gestures to make edits to photos. For instance, in the Tone tool, swipe up or down to select from among Brightness, Contrast, Saturation, Ambience, Highlights, Shadows and Warmth. Then swipe left or right to increase or decrease the intensity of that effect. While this is the kind of information that is well-documented in Snapseed's generally helpful tutorials, other key controls and gestures — such as pinching to resize the brushes — are not as clearly explained and are often discoverable only by talking with other users or by experimenting.

The biggest problem we had with Snapseed is the lack of an auto-save as you work. So if you accidentally tap the back button before you save, you will lose all your work. Sharing is an afterthought, because that activity isn't photocentric in the traditional sense. However, we found it quite easy to post images to Facebook and other apps installed on our devices.

What users are saying

Snapseed has a very loyal following among serious photographers, who tend to rave about it being the best "must-have" photo app. Many users claim they no longer (or seldom) use Photoshop. The more than half a million reviews on Google Play rate Snapseed an average of 4.5 stars, while on iTunes, the 8,000+ reviews average 4 stars. Most of the complaints are requests for more control, such as a brush to soften or erase portions of the new Double Exposure filter (though that can be done with the Stacks brush). On the other hand, some longtime users have expressed dissatisfaction with the app since Google took it over, saying that the simplified interface has taken away some creative options.

Of all the photo apps we've tested over the past several years, Snapseed is by far the best for serious photographers working on their libraries of photos. For consumer photographers who seek fun and sharing more than precise editing, we recommend PicsArt. And for portrait retouching, we recommend Facetune for its diversity of intelligent high-quality tools. But Snapseed is a requisite app for pros who want to work on their photos while on the go.