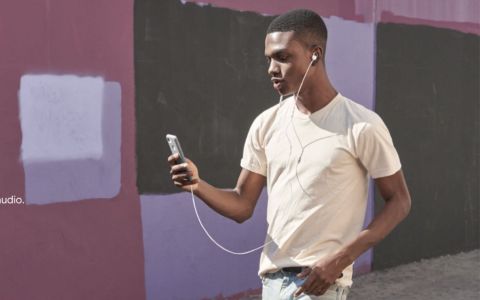 The Google Pixel USB-C Earbuds have the brains, but not the sonic brawn, to make them the all-around mobile companion they should be.

The disappointing debut of Google's first-ever earbuds, the Pixel Buds, left many wondering whether the Android giant would continue its push into the headphones market. One year later, the company is back with a cheaper pair of buds that launched alongside the Pixel 3 and Pixel 3 XL, called simply the Pixel USB-C Earbuds.

Borrowing the same silhouette and Google Assistant smarts as the Pixel Buds, these wired earbuds stand out as a low-cost option for Android users with USB Type-C phones wanting quality sound and voice command, all in one package. Sadly, the Pixel USB-C Earbuds miss many of the same marks as its wireless predecessor.

Save for the color, size and touch functionality, the Pixel USB-C Earbuds are basically the Pixel Buds in wired form. It dons a clean, simple look that may be too vanilla for some people's style, but complementary for others.

For $30, these earbuds are built better than most models in their category and price class. Polycarbonate and thermoplastic polyurethane make up the entire build, which feels very sturdy. The matte exterior produces a nice shine in bright settings that makes the "G" logo on each earbud visible.

Google keeps the adjustable loop design intact but swaps out the nylon cable for a rubberized cord. I was a fan of the nylon design and thought it gave the Pixel Buds some character, so seeing it M.I.A. this time around is disappointing. Sans nylon, the adjustable loop is one of two striking components on the earbuds, along with the black button on the remote.

The earbuds actually come free with the Google Pixel 3 and Pixel 3 XL. Those who purchase them separately  receive only a quick-start guide and safety/warranty booklet. No in-ear tips or a travel pouch to store them, which leave them at the mercy of your backpack or purse.

Much like on the Apple Airpods, finding the right comfort and fit on the Pixel USB-C Earbuds is a game of chance. It all depends on your ear shape, and in some cases, your pain threshold.

The flat shape and plastic edges on these in-ears made it difficult to wear after an hour. I could feel the buds applying pressure, as the tips pricked my ear canals. My girlfriend, whose ears have a flatter profile, didn't suffer the same aching as I did, but she still experienced discomfort. Including some soft-touch ear tips might have made a difference.

Much like on the Apple Airpods, finding the right comfort and fit on the Pixel USB-C Earbuds is a game of chance.

However, the Pixel USB-C Earbuds delivered a good fit as the looped cable did a nice job locking into the arc of my ear. The cable system was effective, supporting different lengths that would accommodate most ears. It did take some getting used to, but once accustomed, it was simple to operate. Pulling it up or down sets the proper length. I wore them during a treadmill run and the earbuds remained in place the entire time.

As a stand-alone unit, the Pixel USB-C Earbuds are generously light at 0.52 ounces. That's only slightly heavier than competing models like the OnePlus Type-C Bullets (0.56 ounces). Keep in mind that the required cable connection to an audio source does add extra weight to the equation.

Outside of voice commands, all of the Pixel USB-C Earbuds' functionality is assigned to an in-line three-button remote. The volume buttons are flat and flank the circular multifunction button in the middle. Pressing the MF button will answer/end a call or play/pause music. A double press skips to the next track. A triple press will either restart a track or play the previous one. All three buttons have a solid feel and provide great tactility.

After plugging the USB-C cable into a compatible Android phone, the Google Assistant setup screen appears, letting you customize the digital assistant for personal use. Oddly, I noticed a thud whenever I pressed my Pixel 2 XL and Pixel 3 XL touch screens, but installing the latest Android 9.0 update fixed the problem.

Google has mastered smartphones and services, but it has a long way to go with audio. These earbuds share a similar soundstage as the Pixel Buds, which is troubled by a lack of range and muddled bass.

Hip-hop and rock records mostly struggled with clarity and frequency balance. The Red Hot Chili Peppers' "Give it Away" was one of those rare cases in which the bass wasn't overwhelming, and the snare drums and guitars carried a lively presence. Vocal projection wasn't as impressive; singer Anthony Kiedis' fiery delivery seemed toned down.

When tapping into mono recordings like Wu-Tang Clan's "Bring the Ruckus," most members' vocals were veiled behind the booming kick-drums. I found the Type-C Bullets produced better lows and gave mids more room to breathe.

Hip-hop and rock records struggled with clarity and frequency balance.

To salvage audio output, I had to mess around with the EQ settings on my music-streaming services: Google Play Music and Spotify. Doing so still compromised certain areas of the soundstage. Clearer vocals usually meant less bass and vice versa. Prince's "1999," a record oozing with unique sound effects, sounded far better when switching the sound profile from Flat to FX Booster, but not by much. You'll still want to make this setting the default for auto-tuned, synth-heavy records. I strongly urge you to create a User sound profile and tune the audio to your liking.

With an open-ear design comes a bit of noise leakage. Listening at a moderate volume won't single you out at the office or on a jam-packed train car, but increasing it to max level causes sound to bleed. It's still not as bad as the AirPods, though.

A great fit doesn't always produce a tight seal, which results in poor noise isolation. Those hoping to block out the outside world and immerse themselves in playlists will need to look elsewhere.

I walked through my neighborhood sporting the Pixel USB-C Earbuds and was interrupted by various noises from ambulance sirens to bulldozers. And I  didn't fare well riding on the train, either, as I overheard conversations taking place right next to me. Turning up the volume was my only solution, but that only worsened the sound. The Type-C Bullets were far superior in this category.

We're seeing plenty of wired and wireless earphones hit the shelves with Google Assistant support, but the Pixel USB-C Earbuds are programmed to operate the virtual assistant much more smoothly.

Holding down the MF button activates Google Assistant. From there, you'll hear a chime that indicates it's ready to receive vocal commands via microphone. I had no issues calling on the software to give calendar and weather updates, or have it open music programs for me when my phone was far from reach.

Spoken Notifications is a nifty feature that reads out alerts for whatever apps you've enabled in the settings. The earbuds will shoot out the latest updates as they come. Holding down the volume up button also shares current notifications. How often you'll use it really depends on how much you rely on phone updates.

Unlike the Pixel Buds, these don't allow you to respond to notifications via voice command.

One of the huge selling points for these smart wired earbuds is the Language Translation feature, which offers access to more than 40 languages in real time. Note: It requires downloading Google Translate from the Google Play store to work. While certainly a must-have when traveling abroad to countries with language barriers, the program's translation capabilities are impressive, but could still use some polishing.

Are the results 100 percent accurate? Not always, but the program is reliable for communicating with foreigners. While speaking with my mom, who is fluent in Spanish, she noticed some inaccuracies with a few words and phrases, but nothing that made it impossible to understand what I was saying.

It's also great that Translate works offline – you just have to enter the Offline Translation menu and download the language(s) you need most when cellular connection and Wi-Fi aren't options. Each download takes up about 40MB of memory on your phone.

As a calling headset, the Pixel USB-C Earbuds are decent. Callers heard my voice loud and clear, but the majority of them sounded low and muffled on my end. The mics were sensitive to environmental fracas and detected the slightest noises. My girlfriend instantly noticed I was on earphones and heard me typing on my MacBook, along with our cat meowing in the background. We managed to communicate better in silent settings.

At $30, Google's Pixel USB-C Earbuds are a bargain for consumers wanting an intuitive, decent pair of earbuds on the cheap for their Android phone.

However, the only real reason to pick them up is for the Google Assistant feature. True, you can just pull up the AI bot directly on your phone, but these earbuds make it more convenient. Unique features like the loop-ear design and real-time translation also give them some appeal.

Unfortunately, they carry over many of the same issues that plagued the Pixel Buds. Audio performance is weak, and even when toying with different EQ settings on your music player, it still underperforms. They're also very uncomfortable and bleed sound.

In the end, you can get good sound, better comfort and Google Assistant integration from the $20 Type-C Bullets.