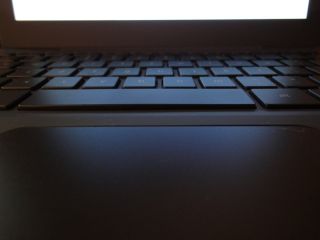 Earlier in December Google took the wraps off of the Chrome OS, the search giant's take on a modern, lightweight operating system. Along with it, Google launched a pilot program by sending out specialized laptops loaded up with Chrome OS.

We got our hands on Google's "reference design" Chrome OS Notebook, called the Cr-48. To be clear, the Cr-48 isn't ever going to be a commercial product like the Nexus One (or S) is for the Android smartphone platform, but rather its purpose is for Google to gather feedback data in preparation for when Chrome OS hits stores in 2011  (it will come installed on products from Acer, Samsung, and others).

In a product world where new products get snazzy names, Cr-48 is a little out of the ordinary – except that it fits right into the way Google does things. We asked a Googler why it was called Cr-48, and we were told, "Cr-48 is a reference to a particularly unstable isotope of Chromium.  Cr-48 has a half-life of 21 hours, which we thought was a good representation of the pace of innovation we expect from our team and the platform."

Interestingly enough, the internal codename for the Cr-48 was "Mario," which can actually be found on the model stickers in the notebook's battery compartment.

The product arrived inside this imaginative box, decorated with plans for a for a jet engine and its rodent pilot. With it was a list of 10 things to do with the Chrome OS notebook, which point out that all Cr-48s come with 100MB of free Verizon data for two years, show off the "instant resume" and brag about its 8+ hours of use and 8+ days of standby time.

An included quick-start card points out some of the features of the notebook, primarily the changes to the keyboard that Google saw fit to make that differ from standard, ubiquitous designs. Because it runs a whole new OS that doesn't have to adhere to legacy features like Windows or even Mac OS does, Google did away with the Windows or Option keys, as well as all the function keys on the top row of the keyboard. In their place are dedicated keys for the following functions:

Book-ending those top row keys are the escape key and the power button.