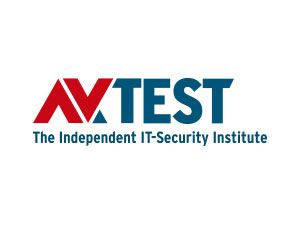 In a surprise upset, Microsoft's free Security Essentials antivirus software was edged out for the bottom ranking in German lab AV-TEST's latest round of Windows 7 security software, the results of which were released yesterday (May 27). Pipping the Windows maker for the dubious honor of dead last was VIPRE Internet Security, made by ThreatTrack Security of Clearwater, Florida.

Less surprising were the actual winners of the Windows 7 tests, which once again were Bitdefender Internet Security and Kaspersky Internet Security, each scoring a perfect score of 18 points distributed evenly across categories labeled Protection, Performance and Usability. The two products have each been at or near the top of AV-TEST's evaluations on all variants of Windows since mid-2011.

Meanwhile, rival lab AV-Comparatives released the results of its Linux antivirus evaluations. The Austrian lab didn't rank the 18 products it tested, or even give out scores, but products made by Dr. Web and ESET seemed to be the best options for home users.

Microsoft Security Essentials (MSE) and its Windows 8 counterpart, Windows Defender, usually come in last on AV-TEST's evaluations. That's as Microsoft intends it; the two are meant to provide only minimal protection against malware, the idea being that anything will be better than nothing (which is what about 20 percent of Windows users choose for antivirus protection).

So it's a bit harsh when a paid commercial product comes in behind Microsoft's free offering, as VIPRE just did. MSE actually scored far worse in AV-TEST's Protection category, meriting a truly dismal 0.5 out of 6 possible points detecting malware, against VIPRE's merely bad 3 out of 6.

What really put VIPRE ahead, or behind, in the shame game were its poor performance (2.5 out of 6), which created a nine-second delay in running everyday computing tasks, far worse than the industry average of two seconds, and mediocre usability (4.5 out 6) that generated nine false-positive malware detections against an industry average of four.

MSE, on the other hand, has a Microsoft home-field advantage (despite being an optional add-on for Windows 7), scoring 5/6 in performance and a perfect 6 points in usability, detecting zero false positives.

Close behind Bitdefender and Kaspersky at the top of the Windows 7 evaluations were Avira Antivirus Pro, CheckPoint ZoneAlarm ExtremeSecurity and Symantec's Norton Security, all tied for third place with scores of 17.5. ZoneAlarm has been on a steady rise in the past few rounds, much improving on poor protection evaluations in 2013; Avira's top marks are a boon for users of Avira Free Antivirus, which uses the same malware-detection engine as its paid Pro sibling.

Absent from the rankings were Qihoo and Tencent, two Chinese companies whose products had rapidly risen in recent tests; Qihoo 360 even came in tied for first place with Bitdefender and Kaspersky in the most recent Windows 8 evaluations, released in March.

In a kerfuffle uncharacteristic of the normally staid antivirus-testing field, both companies earlier this month were accused of cheating on AV-TEST's evaluations by substantially altering their submitted software so that it performed better than what was made available to consumers.

Regarding Linux, AV-Comparatives' evaluation process was made more difficult by the sheer number of Linux variations (estimated to be well above 1,000), as well as by the fact that most Linux antivirus software is intended for corporate servers rather than home desktops. Nevertheless, the Austrian lab tried to run most of the 18 products on Ubuntu 14.04 LTS, perhaps the most common version of Linux on home machines.

Not surprisingly, Linux antivirus software intended for enterprise use tended to be the most feature-rich, and the offerings from the major companies — Bitdefender, Kaspersky, McAfee, Symantec and Trend Micro — followed this pattern. (Trend Micro wouldn't run on Ubuntu, so AV-Comparatives ran it on the Red Hat-based CentOS instead.)