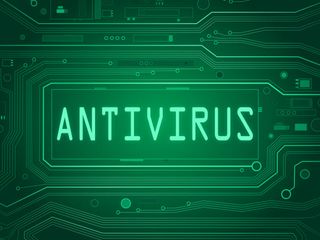 If you're using nothing but Microsoft Windows Defender to protect your PC, you may want to toss the system into a bonfire now, before it's too late for the rest of your network. It's not among the best antivirus software programs.

AV-TEST, which periodically evaluates how well different brands of antivirus software perform, put Microsoft at the bottom of the barrel once again in its latest round of evaluations. The good news, however, is that there are plenty of alternatives that work much better, and some of them are even free.

AV-TEST posted the results for its latest Windows 8.1 antivirus evaluations on its website today (March 25). The last time the company tested these products on Windows 8.1 was in October 2014 (it evaluated most of them on Windows 7 in January 2015), and while a few rankings have changed since then, Microsoft's status as the nadir stayed the same.

The Madgeburg, Germany-based testing lab evaluates antivirus programs on a three-tiered scale, which takes into account protection, performance and usability. A program can earn six points in each category, so a "perfect" program would score 18 overall.

These security suites come from Romania, Russia and China, respectively, but the first two are available around the world. Each blocked 100 percent of real-world threats tested, with clean interfaces and speedy performance.

Most of these brands also make software for Macs and Android devices; for more on those platforms, check out our lists of the best Mac antivirus software and the best Android antivirus apps.

With 16 points apiece, the last two programs in the Top 10 were American programs Check Point ZoneAlarm Extreme Security ($70 per year) and Symantec Norton Security ($50 per year), which prevented intrusion by 99 percent and 100 percent of malware, respectively. They tended to perform less efficiently than their higher-ranking peers, however.

Microsoft's Windows Defender (free with Windows 8/8.1) bottomed out with only 9.5 points overall, including an ignominious "0" in the protection category. It protected against only 77 percent of incoming threats, which is admittedly better than the 69 percent rating its Windows 7 counterpart, Microsoft Security Essentials, got in January.

American program ThreatTrack VIPRE Internet Security ($50 per year) did not do very well, either, scoring only 10 points for its middling protection, substandard performance and decent usability.

One thing to know about antivirus software is that each company's line of different products will usually share one malware-detection engine. (The exceptions are the Chinese companies, which use separate engines for domestic and overseas customers.)

Users should note that while Windows Defender may be wholly insufficient to protect against Internet threats, that's not really what it's there for. Microsoft provides Windows Defender not as a cutting-edge antivirus program, but as a last-ditch effort to protect users who may not be tech-savvy enough to install anything else. Even a 77 percent protection rate is considerably better than nothing.