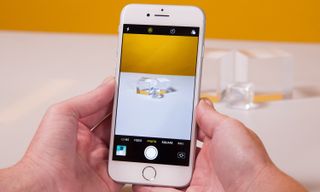 You're impressed by the iPhone's features. You love its iconic design. You appreciate how Apple's control over both the hardware and software makes for an integrated experience envied by Android users. But even with all that, you still balk at paying the top dollar that Apple's iPhone commands.

Not to worry — it's pretty easy to find the cheapest iPhone. The biggest question is whether that inexpensive model can meet your needs.

But the iPhone 11 isn't Apple's cheapest iPhone — not if you're willing to buy an older model. Whenever new iPhones hit the market, Apple sorts through its existing models, pruning away the ones that are long in the tooth (so long, iPhone 7) or don't have much reason to stick around now that the newer models are here (we hardly knew you, iPhone XS). The older models that are kept in the iPhone lineup then see drastic price cuts.

That's what happened to the iPhone 8, which is now available for $449, making it the cheapest iPhone you can currently buy from Apple. You can lower the cost even further if you have another iPhone to trade in.

The question is, should you opt for the cheapest possible iPhone? Our ranking of the best iPhones you can currently buy goes into greater detail, but here are the arguments for and against getting an iPhone 8 in this day and age.

Reasons for Getting the iPhone 8: Low price; Can still run iOS 13; Apple's only remaining compact phone.

Data:
Deprioritization applies during congestion
View Deal
at
Boost Mobile
We check over 130 million products every day for the best prices
View All Deals
powered by

Of course, the iPhone 8 is only the cheapest iPhone on sale at Apple. You can find inexpensive phones elsewhere, typically older models sold by discount carriers. As of this writing, for example, Verizon-owned Visible is selling a refurbished iPhone 7 for $186.

Going the refurbished route is one way to get a discounted iPhone, and if you want to buy a used phone with confidence, Apple has its own pre-owned offerings. The selection isn't extensive, but you can usually save $100 to $200 off an iPhone that's only a generation or two old. You won't find the cheapest iPhone here, but it is a nice compromise between paying full price for a new phone and having to settle for a much older model.

Otherwise, retailers and reseller sites offer a selection of older iPhones at discounted prices. Again, you won't be getting the most up-to-date models if you shop for a used phone, but you can find something as recent as 2017's iPhone X for prices that rival what Apple charges for a new iPhone 8. (Just be aware that the the steeper the discount, the less likely your "new" phone will arrive in pristine condition.)

There's one other way to get an iOS device on the cheap, but it depends on how strongly you feel about the phone part of the iPhone. Apple continues to sell the iPod touch, now up to its seventh generation. The $199 model essentially boasts the same specs as an iPhone 7, only without the ability to connect over cellular networks. That means you'll be limited to using Wi-Fi for surfing the web, sending messages or using apps that require some sort of internet connectivity.

For some users, though, that may be enough, especially consider the iPod touch can download the very same App Store offerings available to the iPhone. If you don't anticipate making phone calls from your iOS device, the iPod touch represents a cheap way to stay connected to Apple's vast iOS ecosystem, without having to pay big bucks for an iPhone.