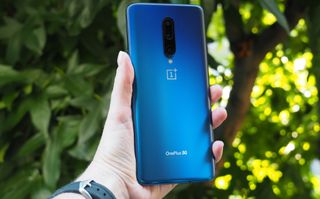 Sprint flipped the switch this week on its 5G network in four new cities, including Los Angeles and New York, bringing its total to nine metro areas where you can catch a 5G signal. And, unlike its rival wireless carriers, Sprint doesn’t require you to stand directly beneath a 5G radio-equipped tower to take advantage of ultra-fast speeds.

I drove around Los Angeles on launch day (Aug. 27) to test out the new OnePlus 7 Pro on Sprint’s 5G network, and what Sprint 5G lacks in gigabit speeds, it makes up for in reliability. (And the speeds aren’t all that shabby.)

Sprint’s 5G network: How it works

To refresh your memory: Sprint’s 5G network differs from AT&T, Verizon and T-Mobile’s newly launched 5G networks in that it uses existing mid-band spectrum instead of high-frequency millimeter-wave spectrum, which has never been used for cellular phones before. That approach means Sprint can quickly install 5G radios on its existing cellular towers and dedicate half to LTE and half to 5G, delivering broad bandwidth and widespread coverage.

Carriers who are starting with mmWave have to build new infrastructure because the 5G signal doesn’t travel very far. It can’t penetrate glass or concrete, so trying to use it indoors is an exercise in futility.

Earlier this summer, I tested Sprint’s network in Dallas-Fort Worth, where I saw reliable coverage but lackluster speeds. Sprint’s 5G was faster than 4G, but not by much. I was pleasantly surprised to find that the coverage is as widespread in Los Angeles, and the speeds are also faster.

Then I ventured over to Rodeo Drive in Beverly Hills, where Sprint had advised that its 5G network was robust. Standing in front of the Chanel store, I pulled down speeds of 455 Mbps. That’s more than 10 times as fast as my iPhone XS on 5G E, which puttered along at 36.3 Mbps. Sprint's OnePlus took just 1 minute and 22 seconds to download and install PUBG Mobile, a 2.05GB game, from Google Play over 5G.

Afterwards, I headed to Melrose Avenue in the heart of West Hollywood, where I saw speeds ranging from 230 to 290 Mbps. This isn’t impressive when compared to the gigabit speeds we’ve seen from Verizon’s network in Chicago or the near-gigabit peaks we hit in Las Vegas over AT&T’s 5G network, but the fact that I don’t have to stand directly under a 5G node waving an overheating phone in the air to catch a signal is more important to me.

Right now, you have to make a choice: Ultra-fast, elusive 5G signals, or more widespread 5G service that is nowhere close to the speeds we’ve been promised by 5G evangelists. The former inspires breathless headlines, but the latter is more useful.

If you’re a Sprint subscriber living in one of the cities where the carrier has lit up its 5G network, buying a 7 Pro 5G capable of speeds that are reliably faster than LTE might just be worth it. You probably shouldn’t buy a 5G phone this year, but if the stars align, OnePlus offers the cheapest option and Sprint the most reliable network. For now.