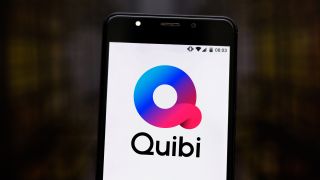 Quibi is the latest streaming service to enter the fray, and will be available later this year. And before you can say "I don't need it; I just added Disney Plus," note that this new service already touts a list of signed A-listers, including Chrissy Teigen, Steven Spielberg and Zac Efron.

Still, around all the hype, we're still asking the question "what is Quibi?" Thankfully, we just got some solid answers later today at CES 2020. Check out our full Quibi preview to learn about its mix of landscape and portrait video and mobile-first push.

As hype for the service has slowly bubbled since its 2018 announcement — it's already received funding from many of the companies behind other streaming services, including The Walt Disney Company and NBCUniversal — we're inching closer to its actual release date.

Quibi release date: When is it launching?

The Quibi streaming service looks to appeal to our ever-shortening attention spans: its shows are comprised of episodes shorter than 10 minutes a piece. That's where the Quibi name comes from: it's short for "quick bites."

Quibi is also the name that the service uses for each episode. So, if you thought you binged content before, get ready to inhale Quibis in less time than it takes to get a pizza.

One big element of Quibi is that its episodes are made for viewing in both traditional landscape and vertical portrait orientations. This 'turnstile' rotation, as Quibi calls it, allows you to seamlessly move between both positions.

Turnstile mode opens up additional content. When Quibi showed footage of a guy discovering his girlfriend was cheating on him, the viewer could rotate their phone to portrait to see his phone as he saw it, and see the Instagram Story that revealed her making out with someone else at a party.

Quibi was founded by Dreamworks co-founder Jeffrey Katzenberg in 2018 and it's got Meg Whitman (formerly of HP) as its CEO. Quibi is a mobile first platform, so don't expect it on your TV any time soon.

Quibi price: How much will it cost?

Quibi starts at $5 per month for a package with ads, with 1-2 ad breaks per episode that could be as short as 6 seconds per ad. Quibi also offers an ad-free version that's $8 per month. Ads should only take up 2.5 minutes per hour, according to Whitman.

Downloadable video is available at both plans, unlike on YouTube, which offline video at its premium tier.

Quibi shows: What will it stream?

The first year of Quibi will have approximately 8,500 pieces of content spread across 175 shows. The most exciting end of the spectrum includes new horror shows from the likes of Guillermo del Toro and Steven Spielberg. The latter is developing a show called Spielberg's After Dark, which users can only watch at nighttime.

Unscripted programming starring Idris Elba, Jennifer Lopez and Chrissy Teigen (and many other folks) is also on the docket. Tiegen is signed on to star in Chrissy's Court, which will borrow the Judge Judy formula. Other big names tied to the service include Peter Farrelly, Antoine Fuqua, Anna Kendrick and Trevor Noah.

Oh, and since it's the trend these days, expect reboots. MTV is bringing Punk'd and Singled Out to Quibi. And even Legends of the Hidden Temple is coming back, per the LA Times.

How do you pronounce Quibi?

On its own website, Quibi provides a phonetic pronunciation of "kwibē" ... which still has us confused.

For months, I've heard the name Quibi, and for months I've doubted its success — or that it could even happen. Well, I'm likely going to be wrong about the latter, as it's got a release date. As to whether people will pay $5 per month when we already have free short-form content on YouTube? Time will tell, and I'm more than a little skeptical.

Has Quibi figured out an alternative to the free world of podcasts and online video that we're already used to? April will tell.