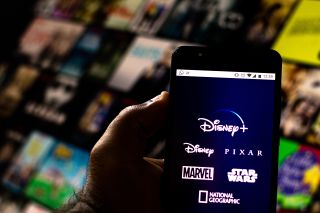 With the Disney Plus release just weeks away, existing streaming services might have cause for concern. A survey conducted by Flixed, a resource for cord-cutters, revealed almost a quarter of streamers intend to replace one of their current service subscriptions with an upcoming one.

Of the 1,000 streaming subscribers Flixed surveyed, 29% of respondents expressed interest in adding Disney Plus to their plate of services. 22% of those surveyed said if they subscribed to an upcoming service, they would also cancel an existing one. Of the top services currently available, respondents said Netflix would be the first to go.

Although 32% said they don’t intend to unsubscribe from any of their services, 46% said they still aren’t sure. But with Disney Plus approaching its public release with impressive original shows, a competitive cost, and offensive ad strategies, those "unsure" could question whether to quit a current monthly payment to Netflix or other companies.

Disney Plus vs. Netflix

Disney is taking its induction to the streaming field seriously. The company made a rather aggressive move by banning Netflix ads from its channels earlier this month (with the exception of ESPN -- Netflix doesn’t offer live sports coverage). Disney initially announced a blanket ban on all direct Disney Plus competitors, but rolled back the regulation to single out Netflix.

Though we’ve known since August 2017 that Disney movies and shows would fade off of Netflix, we’re only now seeing the full implications of the expired deal. Every month or so Netflix dismisses another movie (in November we’re losing Thor: Ragnarok), and by the end of 2020 all Marvel, Star Wars, and animated Disney/Pixar properties will be pulled.

Another way Disney Plus is posed to take on Netflix is with lower costs. Netflix plans start at $8.99 per month for one stream at a time, while Disney Plus is a flat $6.99 per month. If users find that their Netflix palette consists of mostly Disney content, it would make sense from a cost perspective to swap out Netflix for Disney Plus when it becomes available.

While Disney Plus is likely to shake up the streaming field, users might not be so quick to cancel their Netflix subscriptions. Dan Rayburn, a principal analyst at Frost & Sullivan, believes the contrast in content will offer companionship for the two services.

“Why would you cut Disney to get Netflix?,” Rayburn said. “Disney targets families. It’s not making Orange Is the New Black. One service doesn’t replace another, it’s usually a complement to it.”

Rayburn also pointed out that while Netflix’s comes at a higher cost, customers get better value.

“When Netflix raised rates and people said they were going to cancel, they didn’t actually cancel,” Rayburn said. “For a higher price, services offer better value in return, whether that’s with better content or a better customer experience.”

Industry execs have suggested that Netflix will need to incorporate ads if it wants to grow. Should streaming shows like Stranger Things be interrupted by ads, users would reasonably reconsider. But Rayburn thinks Netflix will avoid making that massive change to its platform’s experience.

“No, Netflix doesn’t need to include ads,” he said. “A lot of people love the fact that they go on Netflix and they don’t have ad breaks. Even if it were to lose 2% of subscriptions, it wouldn’t make that up in ad revenue.”

The streaming wars are just getting started

Netflix isn’t the only existing service facing convincing new competition. Flixed didn’t publish exact data on the margins between other top providers. But it ranks Hulu as the second service most likely to be replaced by a new service. Amazon Prime Video, and YouTube TV, and HBO Max follow in descending order.

In Flixed's survey, interest in Apple Plus TV trails Disney Plus in interest with only 9% of respondents saying they will sign up for Apple’s $5 per month streaming service when it’s available on November 1. There’s even less interest in HBO Max, DC Universe, AT&T Now, and NBC’s Peacock.

Disney Plus launches November 12. You can preorder the service now for $6.99 per month (or $69.99 per year) and have access to tons of old titles and new originals as soon as its live.