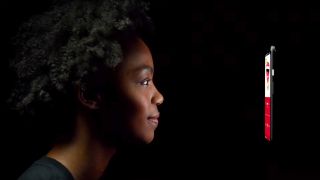 In yet another surprise announcement from Google concerning the Pixel 4, the company went ahead and confirmed today that its next flagship handset will feature secure facial recognition for unlocking and payments, as well as a new feature called Motion Sense that can read hand gestures in mid air.

That's right, Google is going right after the iPhone 11 and Apple's top feature on the current crop of iPhones.

These were two of the most talked-about rumors surrounding the Pixel 4, and certainly the most significant. No smartphone maker besides Apple has been able to bring Face ID-level, three-dimensional scanning to the market yet.

The inclusion of Motion Sense — which draws upon Google's work on Project Soli — could allow the new Pixel to accurately respond to gestures without touching the screen. That's something no device, including the oft-derided LG G8 ThinQ, has been able to perfect yet.

According to Google, the Pixel 4's Face Unlock feature actually works in tandem with Motion Sense. The device's radar sensors know when you reach for your phone that you'll probably try to unlock it next. This fires up the phone's array of conventional and IR front-facing cameras, dot projector and flood illuminator to recognize you "as you pick [the device] up, all in one motion."

Google has also designed its authentication system to work at "almost any orientation." That's something iPhone users may note, as Apple's Face ID does not work in landscape mode or when the handset is upside down — which isn't the greatest when you're lying in bed, for example.

As for Motion Sense, Google says the Pixel 4's miniature array of radars will allow users to "skip songs, snooze alarms, and silence phone calls, just by waving [their] hand."

This sounds pretty cool on paper, but Samsung tried a similar feature with the Galaxy S4 in 2013. For example, Air Call Accept let you answer incoming calls by waving your hand in front of the screen, and Air Jump enabled scrolling up and down Web pages by moving your hand in those directions. Unfortunately, you had to wave your hand just centimeters away from the sensor in order for the phone to detect your movement.

Interestingly, it seems Motion Sense won't be available in every region the Pixel 4 is sold in, possibly due to the feature requiring regulatory approval due to its unique use of radar.

A larger bezel with a purpose

The world suspected Google might introduce full-fledged facial recognition and Project Soli functionality once the company released a render of the Pixel 4 without the franchise's signature Pixel Imprint fingerprint sensor on the back. Even then, however, it wasn't a sure thing — Google could have gone the ultrasonic, under-display fingerprint scanner route, as Samsung did with the Galaxy S10 and will likely do again with the Note 10 next month.

If nothing else, this reveal may just quell complaints about the Pixel 4's larger-than-expected top bezel. Much like the iPhone's notch, it seems Google is packing a ton of hardware up there, so at least there's a practical excuse for the look.

At this rate, Google seems like it may just be running out of announcements to make before the Pixel 4 is fully revealed, likely in October. Then again, with so much time left to go, we're wondering if the company has more surprises up its sleeve.

Be sure to check out dedicated and frequently updated Pixel 4 news hub for the latest over the coming weeks.

Texts:
Nationwide & International Text to over 200 countries in the world
View
at
Verizon Wireless
We check over 130 million products every day for the best prices
View All Deals
powered by