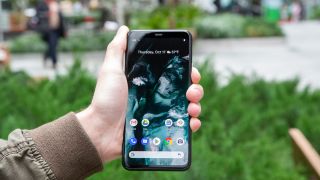 Update 3:08 pm ET: Google says that it will be rolling out a software update in the coming weeks that will allow users to enable the 90Hz refresh rate "in more brightness conditions."

One of the best things about the new Pixel 4 is its gorgeous display, which refreshes 90 times per second instead of the traditional 60Hz. That makes scrolling, animations, and games extremely smooth — until you turn down its brightness.

According to a Reddit post by Android developer Brian Sefcik, the “Smooth Display” feature in the Pixel 4 and Pixel 4 XL is gone when you drop the screen brightness under 75%, which forces the OLED panel to go from hot butter 90Hz to 60Hz refresh rate.

Presumably, Google may have assumed that if you set your brightness under 75%, you won’t be doing anything that would benefit from the higher refresh rate. And since 90Hz consumes a lot more power than 60Hz because it refreshes the screen more often, the Pixel 4 throttles down the rate to avoid wasting it.

Google promises 'fix' but you can do it yourself now

In a statement given to The Verge, Google said the following:

"We have previously planned updates that we’ll roll out in the coming weeks that include enabling 90hz in more brightness conditions."

But what if you don't want to wait?

If you do this, please keep in mind that your battery will empty a lot faster. Personally, I think a more useful option would be to automatically deactivate the 90Hz refresh rate when your battery goes under 50%.