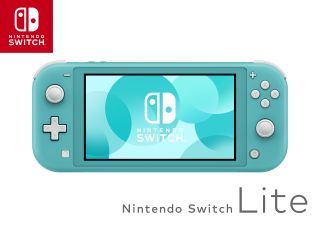 The Nintendo Switch family officially has a new member. The $199 Nintendo Switch Lite is a smaller, handheld-only version of Nintendo's beloved home console, targeting younger gamers as well as those who play primarily on the go.

Here's everything you need to know about the Nintendo Switch Lite, from its price and release date to its compatibility with existing Switch games.

The Nintendo Switch Lite will release on Sept. 20 for $199. A special Pokémon Sword and Shield version of the console will arrive on Nov. 8, and will also cost $199.

Nintendo appears to be going more vibrant for the Switch Lite compared to the standard Switch. At launch, the system will be available in three colors: yellow, gray and turquoise.

The Pokémon Sword and Shield edition coming on Nov. 8 will have a light gray body with blue buttons on its left side and fuschia buttons on the right to correspond with the colors of both versions of the game. The system will also feature illustrations of Legendary Pokémon Zacian and Zamazenta on the rear.

Nintendo hasn't specifically called out the Switch Lite internals, but it seems safe to assume that they mirror those of the standard Switch. Here's a quick glance at how the two models stack up:

Unlike the standard Switch, the Switch Lite can only be played in handheld mode. The system's onboard controls aren't removable like the Switch's Joy-Cons are, and it can't be docked to a TV and doesn't have a kickstand for tabletop play. The system also lacks HD rumble.

Nintendo Switch Lite games: which ones are compatible?

The Nintendo Switch Lite will work with all Nintendo Switch games that support handheld mode, which is virtually all of them. Whether you're looking to play Nintendo games like Super Mario Maker 2 or Breath of the Wild or indie titles like Celeste and Ape Out, you shouldn't have trouble running them on the Lite. If you want to be safe, you can look for the handheld mode icon on a game's package or in the Nintendo eShop.

According to Nintendo, you'll be able to connect wireless controllers to the Switch Lite "for games that do not support handheld mode." However, considering the Switch Lite doesn't have a kickstand, this doesn't seem like the most ideal way to play.