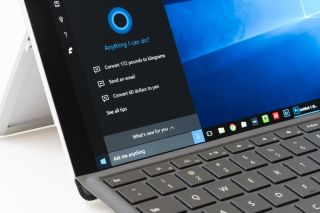 Major Windows 10 updates tend to take a ton of time to install, and many of Microsoft's recent major updates have infamously introduced all sorts of bugs and issues. However, Microsoft could solve both of these problems by splitting up key Windows features into smaller downloads, if a recent Microsoft Store leak is to be believed.

the "Windows Feature Experience Pack" dummy app in the store recently changed its icon to a download icon, so its basically the "downloadable" part of Windows https://t.co/QYcXn66NGcDecember 21, 2019

While these listings currently have no descriptions, WalkingCat's tweet seems to imply that major Windows features could be available as individual app store downloads instead of part of a huge, mandatory system update. This could allow users to, say, download individual features such as Dark Mode on their own schedule, rather than have to install every new feature at once while being unable to use their PC.

This would be a notable shift in how Windows updates are typically delivered, but not necessarily a surprising one. The past few years of major Windows updates have been plagued by major issues, including a big summer 2019 update causing random reboots and the infamous October 2018 update that led to vanishing files in addition to all sorts of other critical issues.

By delivering new features in a more piecemeal fashion, it's possible that Microsoft could better troubleshoot the major bugs that have hit recent software upgrades. But we'll have to wait and see how things shake out in 2020 for PC users.