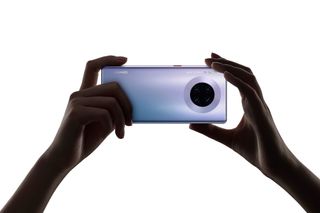 The American Department of Commerce put Huawei on its blacklist back in May, banning it from dealing with US companies. As a result, Google stop licensing Android and its apps to the Chinese company. But perhaps this may change soon.

As reported by Bloomberg, Commerce Secretary Wilbur Ross expressed optimism that US companies may start getting special licenses to deal with Huawei and other Chinese companies "very shortly."

Reportedly, Ross expressed disbelief at the number of petitions from American companies looking to resume trading with the Chinese giant. More than 250 corporations have requested special licenses so far: “that’s a lot of applications -- it’s frankly more than we would’ve thought,” Ross told Bloomberg. He warned that many will not be getting the license “even though we will obviously approve quite a few of them.”

The report says that some of these companies have argued that it makes no sense to stop dealing with Huawei since the Chinese company can get similar parts from third parties in other countries like Korea or Japan. The licenses will not apply to parts that are considered critical to US security.

Ross gave no details about Google. It’s likely that it is on the list of companies that have requested a license because it has strong reasons to do so. Huawei ranks number 2 in the global sales market. That’s millions of new phones without the Google Play Store or the suite of Google apps, which means that the Mountain View company is leaving a lot of potential revenue on the table.

The Secretary didn’t offer specific dates about when these licenses will come — only that it will happen soon. Assuming Google has applied for one, perhaps soon is not soon enough. Last August, the Department of Commerce issued a 90-day exemption to its ban in order to ease the blow for US customers. But without clearance by the US government, Google can't allow Huawei to use its software, including official security patches.

November 19 is the deadline for which Huawei phone users won’t be able to get new official updates from the US company, leaving them in the cold against any new security holes being exploited by third parties — precisely what the ban is trying to avoid.

There is no hard evidence that Huawei has been actively working on spying on US citizens. Huawei, for its part, has argued that the company does not have close ties to the Chinese government. Some US companies have defended Huawei, with Microsoft going as far as calling Huawei’s ban “un-American”.

Andy Purdy, Huawei’s chief security officer for the U.S., recently told us that Huawei doesn't have a full alternative to Android yet. He also said that the U.S. government simply wouldn't talk with Huawei, though that may be about to change.

In the meantime, US consumers who want to buy Huawei phones are left without options, since Google won’t support them.