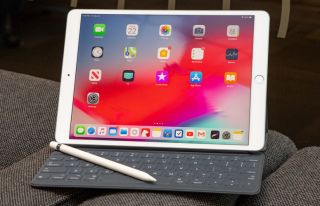 On the heels of reports about Apple's upcoming new iPads, Walmart's Summer Clearance event is picking up steam. For a limited time, the big box retailer has one of the industry's best tablets on sale for a great price.

Currently, Walmart has the latest 256GB model 10.5-inch Apple iPad Air on sale for $599. Normally priced at $649, that's $50 off and the lowest price we've ever seen for this configuration of the tablet.

It's one of the best Apple deals we've seen all summer. Amazon also has the same model iPad on sale for the same price.

In sister site Laptop Mag's Apple iPad Air 2019 review, they loved its beautiful Retina display, fast A12 Bionic chip, and long-lasting battery. Despite its lack of 2nd-gen Apple Pencil support, Laptop Mag gave the iPad Air an overall rating of 4.5 out of 5 stars.

It's the Editor's Choice everyday tablet that's will suit anyone looking for great tablet experience.

In terms of performance, on Geekbench 4, the new iPad Air scored a solid 11,472. It bests the performance of the 5,983 performance score of the A10 Fusion chip-powered 9.7-inch iPad.

The iPad Air's brilliant display, long battery life, and lightning-speed performance puts some of the best laptops out there to shame.

As with all Apple deals, you'll want to act fast to score this iPad Air for a stellar price.