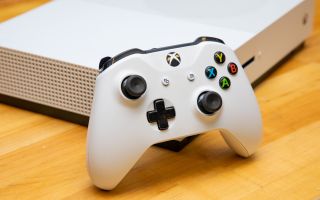 If console gaming's main lure for you is playing the latest version of sports titles, then Walmart has put together quite a bundle for you in advance of Black Friday.

The Xbox Ultimate Sports bundle brings together an Xbox console and controller, plus two leading sports games. Along with Microsoft's Xbox One S 1TB NBA 2k20 Console, you get copies of FIFA 20 and Madden 20 in a package that costs $299. That's a savings of 22% if you were to buy the console and the two games separately.

Xbox Ultimate Sports Bundle: $299, save $91 @ Walmart
This bundle includes the Xbox One S console with NBA 2k20, plus a controller and separate versions of Fifa 20 and Madden 20. You can upgrade to a wireless controller for another $29.View Deal

The Xbox One S 1TB NBA 2K20 Console is a standard 1TB Xbox One S gaming console with a copy of NBA 2K20 included. So this bundle gives you three major sports games right out of the gate.

The bundle includes a wired controller for the Xbox One in either black or white. You can also opt for a red wireless controller if you tack on another $29.44 to your price. It cuts down on the savings, but who can put a price on style?

Gaming consoles are usually among the most frequently discounted items during the holidays, so you'll want to check out our Black Friday deals to see if additional discounts and savings are available on the Xbox.