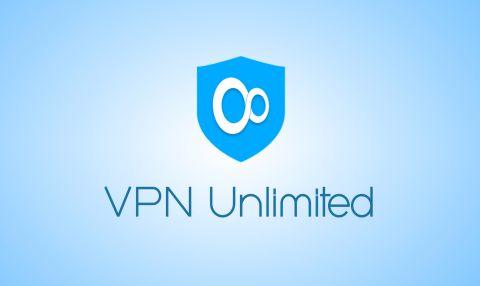 KeepSolid’s VPN service has a lot going for it, including impressive speeds, affordable plans with a lifetime subscription, and the option for an entire higher tier of plans that support up to 10 devices. However, holding it back is the overall lack of servers, which are housed in fewer countries than competitors, and furthermore, the limitation that a mere 5 of the KeepSolid VPN servers are designated to handle torrent traffic.

VPN services continue to enjoy high levels of popularity, with exponential growth, and what has evolved into a $15 billion dollar industry (as of 2016). Consumers and businesses have proceeded to find novel uses for the VPN beyond the usual privacy concerns, such as spoofing a geolocation for streaming video, or getting a better deal on travel.

KeepSolid comes from Vasily Ivanov and Oleg Bocharnikov who established a new software development company, Simplex Solutions, back in 2013.

Notably, their first product was a Wi-Fi transfer app to share photos and videos, although later that year, they started a VPN with two servers, one in Los Angeles, CA, and the other in the Netherlands. Within a year, paralleling the meteoric growth of VPN services in general, they were already up to 36 servers, adding locations in Canada, the United Kingdom, France, Germany, Luxembourg and Romania.

KeepSolid VPN Unlimited offers a free 7-day trial, and also a 7-day money-back guarantee. In other words, either way, you can take this VPN service for a test drive for a full week, and see how it performs for your needs on a risk-free basis.

The pricing is based on the length of the contract. The shortest commitment is the month-to-month subscription, which is $9.99 (about £8) per month, about an average cost compared to rivals. Also offered is an annual plan for $59.95 (about £46), which works out to be half price, with a monthly cost of $5 (about £4) when paid for the 12 months at once.

Those willing to commit for even longer will be rewarded with a 3-year plan that commands a one-time payment of $99.99 (about £76), which brings it down to a downright cheap cost of $2.78 (about £2) per month. Finally, there is also the option of a lifetime subscription, which strangely, at least for now due to a 50% off sale, has the same cost as the previous 3-year plan, except that hopefully it will last a lot longer.

All plans are for unlimited bandwidth/data for the month. There is also the option for KeepSolid to host your own personal VPN server, so you can avoid overloaded servers by buying, say, your very own New York VPN server.

New York-based KeepSolid is an unusual VPN which stands out in many areas, sometimes in a positive way, sometimes more negatively.

The service scores with its technical extras. A lengthy list of apps includes downloads for Windows (Vista or higher, with an option to support legacy Windows XP SP3), Mac, Android, iOS, Linux, and the less common platforms of Windows Mobile and Apple TV. There are also extensions for both the Chrome and Firefox browsers. Protocol support covers everything important (OpenVPN, L2TP/IPSec, IKEv2, PPTP) at ‘top secret’ level 256-bit encryption.

You also get the benefit of KeepSolid’s Wise technology to help bypass VPN blocking with an “additional level of encryption and obfuscation for your extended privacy and unlimited web access.”

Unfortunately, for all the pluses above, there are also lots of issues, including some that pertain to service fundamentals. Although you get 70+ locations, there are only 400 servers, which is fewer than some competitors; for example, NordVPN claims more than 5,000 servers. Some apps are a little underpowered, so for example the Windows client doesn’t have a kill switch. There’s some session logging, and torrent support is limited to a paltry 5 KeepSolid servers which are sure to get crowded fast, doubtless limiting speeds.

Our real-world tests were broadly positive, though, with one or two problems. Download speeds were good for US and European connections, reasonable for most of the rest of the world, and KeepSolid successfully unblocked Netflix and iPlayer. But connection times averaged five seconds longer than ExpressVPN, and speeds with a few long-distance locations plummeted to under 10Mbps.

KeepSolidVPN is notable in testing, but unfortunately for all the wrong reasons. In testing, t is found to be painfully slow for the initial connection, with the longest connection times among the tested services. Once connected, the reconnects are only occasional, and vary on the location. Unfortunately, the higher latency, and lower download and upload throughput speeds all add up to a painfully slow experience.

Overall, KeepSolid VPN paints a very mixed picture. Whereas some people might love KeepSolid for its more than fair pricing and impressive speeds, others might hate it given the lack of support for torrents, and the low number of servers and countries supported. So, if KeepSolid’s more unusual features sound appealing, give it a try, and see how this VPN works for you.