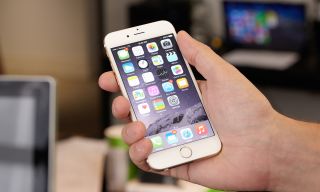 With people holding onto their smartphones longer between upgrades, you would hope that your mobile device could get through two years without running into a major hardware issue. But phone repair site iFixit says that's not the case for a growing number of iPhone 6 and 6 Plus owners.

iFixit says it's seen a rise in the number of iPhone 6 and 6 Plus models reporting a problem with the device's screen. And it can point to half-a-dozen discussion threads on Apple's support forums where users complain a gray flicker that appears on the top of the iPhone's display as well as an unresponsive touchscreen.

The problem appears to be related to a pair of touchscreen controller chips found on the logic board of the iPhone 6 and 6 Plus. According to iFixit, the problem flares up when these Touch IC chips, which are supposed to translate your presses into commands that the phone can carry out, stop working and need to be replaced.

All this appears to be related to Bendgate, that 2014 controversy where some users complained that their iPhone 6 models were prone to bending. iFixit figures that stress on the logic board is impacting the affected sensors — a theory supported by the fact that the problem with a flickering gray screen seems to occur more frequently in the larger (and more prone-to-bending) iPhone 6 Plus.

That's why replacing the screen won't fix the problem at all. (In fact, iFixit's report claims, the same flickering gray bar and responsiveness issues will crop up on replacement screens after a while.) Instead, if you're suffering from what iFixit has creatively dubbed "Touch Disease," your options appear to be getting a new phone, replacing the logic board on your old one or replacing the Touch IC sensors — a fix that some third-party repair services can make, though not with Apple's blessing or approval.

If there's any good news, it's that the newer iPhone 6s and 6s Plus don't seem to be affected by the flicker screen problems that's plaguing some iPhone 6 models. iFixit reasons that's because Apple moved the affected sensors off the logic board and onto the display assembly; Apple also took measures to make the 6s and 6s Plus more durable than their predecessors.

In the meantime, have you spotted a flickering gray bar on your iPhone 6 or 6 Plus? Let us know in the comments.