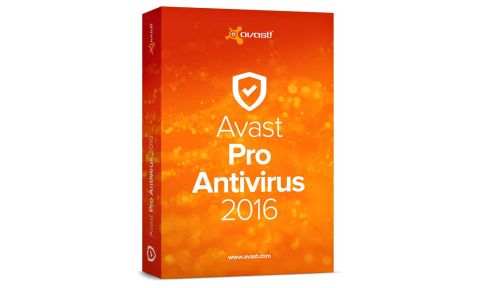 It's slow and missed some dangerous software, but Avast Pro Antivirus offers features most basic antivirus products lack, including a password manager and protection against website redirects.

Avast Pro Antivirus may be a basic Windows antivirus program, but it includes some creature comforts that other brands reserve for premium packages, including a password manager and a network scanner. One unique feature is that it also protects your computer from Internet redirection, a common trick used by identity thieves and malware distributors.

The software's compact interface makes it easy to learn and use, but it has one of the slowest scanners around, and it missed a significant amount of malware. The installer tries to make Google Chrome your default Web browser and install the Google toolbar. It's not quite one of the best antivirus software programs, but it's close.

A year's single-machine license for Avast Pro Antivirus costs $40; covering three PCs costs $55, and five $85. The per-machine cost is reduced to $14 if you buy for 10 at a time. Unfortunately, Avast lacks anything like McAfee's unlimited plan for $60.

Avast Pro Antivirus can be quickly loaded onto everything from an ancient Windows XP machine (as long as it has Service Pack 3) to the latest Windows 10 system. It bundles in the free version of Avast Mobile Security & Antivirus, our top pick for the best Android antivirus apps; you'll have to pay $15 for the app's premium features.

Pro Antivirus includes a seven-day trial period for Avast's SecureLine virtual-private network service called SecureLine VPN, which otherwise costs $60 per year for a PC or Mac, and $20 for an Android or iOS device. (Avast's free Mac software is consistently one of our best Mac antivirus software packages.)

Avast Pro Antivirus starts with traditional viral-signature matching, which compares digital fingerprints of known malware with those of the files on your machine, but adds behavioral monitoring to detect dangerous software by watching how the software acts on your system.

MORE: How We Tested

It gathers threat information uploaded from Avast's installation base of 164 million systems, and malware-definition updates arrive as frequently as every 15 minutes. Avast Pro Antivirus has a Hardened Mode that can let it run only "whitelisted" software, which is handy for older PCs still running Windows XP.

Pro Antivirus has a Sandbox , in which new software is tried out in a secure area so its operation won't adversely affect the rest of the PC. The program screens email attachments and blocks malicious websites, and there's also a Silent/Gaming mode that minimizes intrusions by protective features.

Best of all, Avast Pro Antivirus makes sure your system's Domain Name Server (DNS) settings aren't hijacked by malware that then redirects your Web browser to malicious websites. Not many antivirus programs have such a feature, but more should.

Avast Pro Antivirus' malware scanner is one of the most versatile we've seen, and can scan the entire system, a single drive or folder, browser extensions or network threats. However, it can't examine online storage.

We have a soft spot for Bitdefender's free 60-Second Virus Scanner, and were happy to find that Avast's Smart Scan is similar. Smart Scan quickly looks in the likeliest places for malware to hide; it took 2 minutes and 15 seconds to scan our hard drive, and found 36 minor problems.

Avast Pro Antivirus' Scan button puts these options two clicks away from the main screen. You can schedule scans to run when the system is idle, but the setup windows are several layers below the Scan button.

To assess how well Avast's malware engine protects a Windows system, we used recent results from Germany's independent AV-TEST lab and its Austrian counterpart AV-Comparatives. Avast Free Antivirus, which uses the same malware-detection engine as its paid siblings, was bombarded with thousands of pieces of malware, both known and previously unseen, on multiple platforms.

Avast could have been a better malware catcher. It missed 1.2 and 3.3 percent of zero-day (previously unknown) exploits in two rounds of Windows 10 evaluations conducted by AV-TEST. It did better against widespread malware, stopping 99.8 percent and 99.3 percent in the same tests. None of the software we recently reviewed stopped everything in Windows 10, but Avast tied for last place with McAfee.

The program's work on Windows 8.1 was better, stopping 100 percent of zero-day malware in one month, and letting only 1.2 percent slip through in the next round. It snared a very respectable 99.7 and 99.5 of widespread malware in those tests, and registered only one false positive. However, it still came in last, and two other brands, Bitdefender and Panda, stopped everything in both categories of malware.

Avast's performance on Windows 7 was similar. It missed 1.1 percent of zero-day malware infected in one month, got it all in the next and stopped 99.7 and 99.8 of widespread malware over those two months. But all the other brands we recently reviewed, except for Kaspersky, did better.

AV-Comparatives' tests yielded the same pattern. Avast nabbed 98.3 and 98.2 percent of Web-based malware thrown at it, and registered four false positives. That's a respectable score, but among the products we tested, only McAfee did worse (and by quite a bit).

Overall, this puts Avast's malware-detection score near the bottom of our six-member class, coming in just ahead of McAfee. It was well behind Avira, Bitdefender and Panda in its abilities to keep a system clean.

Users expecting only malware scanning may be pleasantly surprised by the extra features Avast Pro Antivirus provides. It includes a competent password manager, which can hold an unlimited number of passwords. The program can also block potentially unwanted applications, such as adware, from running.

For users who do a lot of online banking or shopping, the program has a hardened browser called SafeZone that works with the password manager to make paying for things simple and straightforward. and the consolidated Smart Scan looks not only for malware, but for outdated software and weak passwords as well.

Avast makes a system optimizer called Cleanup, but it's a separate paid subscription that starts at $40 per year. Avast Pro Antivirus does without a custom firewall, which could have helped protect Windows XP systems, and there's no encrypted virtual keyboard for thwarting keylogging malware.

Avast Pro Antivirus generated significant performance hits on our test system, a recent Windows 8.1-based Asus X555LA notebook. The laptop has an Intel Core i3 processor, 6GB of RAM and a 500GB hard drive containing 36GB of assorted files. We used our custom OpenOffice benchmark test, which matches 20,000 names and addresses in a spreadsheet, to measure system performance.

After Pro Antivirus was installed, but without any active scans running, it took our Asus system 7 minutes and 17 seconds to run our OpenOffice test. That's 24 seconds, or 6 percent, longer than without any AV software installed — the highest passive slow-down score among the six products we recently reviewed. By comparison, Kaspersky Anti-Virus and Bitdefender Antivirus Plus 2016 had no passive impact at all.

It took 1 hour, 8 minutes and 30 seconds to run a full scan, which looked at 513,314 items, and was the slowest among all six products. After you start an Avast full scan, my advice is to get a cup of coffee, and maybe a piece of cake or two.

Unlike most antivirus programs, Avast doesn't always ignore presumably safe components and files unchanged since the previous scan, which makes all full scans as long as the first one. This is prudent, but does slow things down. You can speed them up by going into the performance settings and enabling the "persistent cache," which will ignore unchanged files during the next scan. The program's quick scan took 7:40, also the slowest of the bunch.

While Avast's scanner did its thing, it slowed our system considerably — enough so that a regular user might notice. During a full scan, the OpenOffice benchmark took 9:17 to complete, 35 percent longer than the baseline. Only McAfee AntiVirus Plus slowed the system more. With Avast's Quick Scan running, the benchmark finished in 8:41, scoring 26 percent longer than the baseline and making Avast Pro Antivirus slowest of all six products.

If your system becomes burdened by multiple malware infections, Avast's Rescue Disk, which boots the computer into another operating system, can nurse it back to health. The rescue disk is available directly from the Avast menu and can be set up to boot from either an optical disk or a memory stick.

After we downloaded the 4.8MB beachhead installer from Avast's website and ran it, Avast's servers sent down the much larger full installation program. But be careful — the full installer not only sets you up for auto-renewal when your subscription period ends, but has pre-checked checkboxes that make Google the search engine and install the Google toolbar on your default browser.

You can choose from more than three dozen languages during setup, including Catalan and — my favorite — Pirate Talk, appropriate for a company whose name is an old nautical expression. Imagine "there be viruses ahead," and you'll get an idea of the potential here.

You'll also be asked if you'd like to load the free version of the company's Mobile Security software onto an Android phone or tablet. Near the end of the installation process, you'll need to create an Avast account and set up a password.

During installation, a disclaimer flashes that the Avast company will collect some information from your PC "to help us understand new and interesting trends" that the company "may share ... with third parties." In other words, it might share that information with market researchers or advertisers. You can opt out of this non-security data collection.

The process transformed our unprotected system into one with a defensive shield in 7 minutes and 39 seconds. That's reasonable, but it took half as long to download and install Avira Antivirus Pro on the same system with the same Internet connection.

Avast has 24/7 phone, email and online tech support should you have a problem at 3:30 a.m. We appreciated this convenience, as a few antivirus companies charge extra to pick up the phone after normal business hours.

Avast Pro Antivirus' interface is compact and condensed, but it doesn't feel cramped. Rather than the bland gray-and-green interfaces common among AV program interfaces, it has a modernist dark-gray look with an earth-tone pattern. All of its screens run at half size, and the interface lacks a go-back button, but there's a handy Home button for returning to the main screen.

At the top of the main window, and many other windows in the interface, are icons for Scan, Tools, Passwords and Store. Scan reveals a plethora of choices for how the program should examine the computer, but there's a deeper level with a similar set of scan choices that adds boot-time scanning — the two could have been consolidated to reduce confusion. To see how long your Avast Pro Antivirus is good for, you'll have to click the Subscription link in Tools.

While it wasn't the best at ferreting out malware and was slow to scan a system, Avast Pro Antivirus' defense is effective and includes a few features other basic security products lack, such as a password manager, a hardened browser and DNS protection. But for the same price, we'd recommend Bitdefender Antivirus Plus 2016.