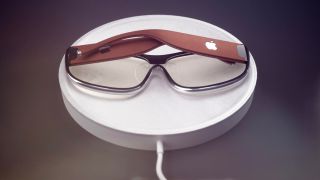 We already knew that Apple is working on AR glasses but, today, the most reliable Apple analyst has confirmed that its arrival may be a matter of months.

Ming-Chi Kuo — who has always been accurate with Apple predictions, thanks to his contacts deep into the Cupertino company’s supply chain — said today in a note to investors that manufacturing may start as soon as October 2019 and no later than the second quarter of 2020. 9to5Mac first reported on the news.

Kuo says that the glasses won’t have their own graphics processor or CPU, rather relaying on a connected iOS device to drive the AR experience. Apple’s AR glasses will only carry a display, camera sensors, and wireless connectivity electronics, making them lighter and less battery hungry than Hololens 2 and other headsets. Also, it will make them less expensive than the competition.

Requiring an iOS device to drive the glasses is a clever move. Not only do you get a better form factor, higher graphics quality, longer battery life, and a cheaper price tag, but it will keep people tied to the ecosystem and even prompt some to jump ship and buy an iOS device — if the thing delivers on its futuristic promises.

Of course, the prospect of buying an iPhone to get AR apps and games may be too much of a expense for most people — which is why Apple may be about to resurrect the iPod Touch with a modern A12 processor.

The Taiwan-based analyst says that the Cupertino company is very excited about the product and it is bullish about it becoming a major a hit. Perhaps the next big thing. We already knoq that that Tim Cook belives that AR will be huge and he is placing a big bet on it.

Apple’s long path towards their Next Big Thing

The analyst note is the latest of many breadcrumbs that indicate Apple has been working and refining the AR glasses for a while. Last year the company bought Akonia Holographics, a Colorado-based startup dedicated to the manufacturing of displays for augmented reality glasses with more than 200 patents to make “thin, transparent smart glass lenses that display vibrant, full-color, wide field-of-view images.”

In fact, Apple started to collect AR-related tech as early as 2013, when it bought PrimeSense, the company that developed the software for the Kinect 3D depth sensor and now powers FaceID and Animoji. Using the same tech and small IR cameras, Apple’s glasses could track your hands to interact with virtual objects.

In 2015, Apple bought Metaio, a German company that developed an Augmented Reality SDK that seems to be the basis for ARKit, the Apple Augmented Reality developer API that debuted in iOS 11 in 2017. That year Apple adquired InVisage Technologies (an American quantum dot-based image sensor manufacturer), Regain (a French computer vision company), Vrvana (a Canadian manufacturer of augmented reality head-mounted displays), and SensoMotoric Instruments (which makes eye tracking hardware and software).

We will see how all this technology will be distilled into a consumer product, perhaps as soon as next Christmas.