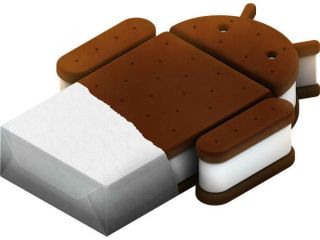 An anonymous source has informed Engadget that Lenovo plans to release a 10.1-inch tablet by the end of the year. This tablet will reportedly sport Nvidia's just announced 1.6 GHz quad-core Tegra 3 T33 "Kal-El" SoC and Google's Android 4.0 OS AKA "Ice Cream Sandwich."

According to the source, the tablet will include 2 GB of 1,600 MHz DDR3 RAM and a standard USB host socket covered by a pop-out flap. A fingerprint scanner will also be mounted on the back that will double as an optical joystick.

As for other features, the tablet will reportedly sport a back-facing camera of unknown resolution, and what's described as a "special fusion-skin body." So far other details such as actual dimensions and weight are unknown, but a handful of screenshots can be viewed here.

Nvidia officially announced the Tegra 3 last week, a quad-core SoC that promises to bring PC-class performance levels, better battery life and improved mobile experiences to tablets and phones. Nvidia says the chip provides up to 3x the graphics performance of Tegra 2, and up to 61-percent lower power consumption.

The first device slated to receive the super-powered chip will be the Asus Eee Pad Transformer Prime tablet. Arriving in early December, the Android tablet will offer two capacities: 32 GB for $499 and 64 GB for $599 -- the optional keyboard dock will require an additional $149. Early December may also be the same timeframe Lenovo plans to launch its own Tegra 3 tablet, but currently that's just speculation.