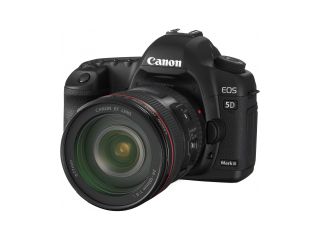 Next up we have the new flagship of the Powershot line- the Powershot G10 digital camera. Designed for advanced amateur photographers in mind, the new Powershot G10 is the successor to the popular Powershot G9, both having the ability to take photos in RAW mode. Other features of the Powershot G10 include a 14.7-megapixel sensor, a 5x optical zoom, a 3-inch LCD display, a hot shoe for attaching a flash unit, optical image stabilization, a Digic 4 image processor and a 28 mm - 140 mm wide-angle lens. There are also some neat optional accessories available for the camera, such as a remote switch and a macro ring light, allowing consumers to customize the camera to fit their needs. The Powershot G10 will be available in October for an estimated selling price of $499.99.

Another excellent camera newly announced by Canon is the versatile Powershot SX10 IS, which has quite the resemblance to the older Powershot S5 IS. Amazingly, Canon has somehow fit a 28 mm - 560 mm wide-angle ultra-zoom lens on the Powershot SX10 IS, which translates into a 20x optical zoom. Although not everyone will need such a powerful zoom in a camera, soccer moms everywhere are probably rejoicing. It will be interesting to see if sacrifices in image quality were made to produce such a powerful and compact zoom lens though.

Another neat feature of the Powershot SX10 IS is the use of an articulated 2.5-inch LCD display that allows the display to be flipped out and rotated around. This ability allows photographers to still see the display when not directly behind the camera, such as when holding the camera above one’s head for a crowd shot or when taking a self portrait at arms length. The ability also allows the LCD display to be turned inwards when not in use, protecting the screen from accidental damage. Other features of the Powershot SX10 IS include a 10.0-megapixel sensor, a Digic 4 image processor, a hot shoe and optical image stabilization. The Powershot SX10 IS will use four AA batteries, be available for purchase in late October and will have an estimated selling price of $399.99.

Last but definitely not least is the newly announced Canon EOS 5D Mark II DSLR. Not only can this camera capture full HD video at 1920 x 1080 resolution, but it also features a 21.1-megapixel full-frame CMOS sensor. It is safe to say that this camera is officially drool worthy. With the combination of a full-frame sensor and Digic 4 image processor, the EOS 5D Mark II is able to provide an expanded sensitivity range of ISO 50 to ISO 25,600.

The EOS 5D Mark II also features a 3.0-inch LCD screen with a 920,000 dot/VGA resolution, a high-magnification optical viewfinder with 98-percent coverage and a continuous shooting rate of 3.9 frames per second. Other features include an auto lighting optimizer, peripheral illumination correction, two small RAW formats, silent shooting in Live View mode and an EOS Integrated Cleaning System. The Canon EOS 5D Mark II DSLR camera will be available by the end of November for an estimated retail price of $2,699. A kit version will be offered with Canon’s EF 24-105mm f/4L IS USM zoom lens at an estimated retail price of $3,499.