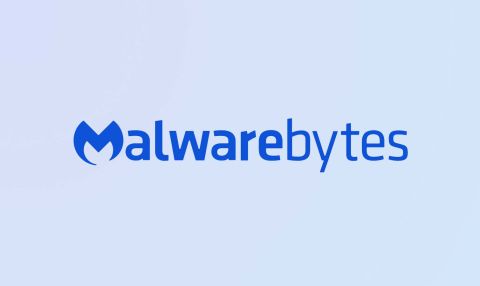 Malwarebytes doesn't replace antivirus software, but works alongside it to keep your system clean.

Got a computer overburdened by tough-to-remove malware infections? Malwarebytes for Windows Free specializes in ridding infected PCs of every last Trojan, worm or virus.

By working alongside traditional antivirus software, it adds an extra kick to your protection with thorough scanning, heuristic analysis and artificial intelligence. But forget about getting creature comforts such as a password manager or a file shredder, because Malwarebytes Free is singularly focused on finding and killing malware, adware and unwanted software that other programs often miss.

We wouldn't include Malwarebytes Free among the best free antivirus programs, because it's not really antivirus software; rather, it's a complement to traditional AV programs.

Malwarebytes for Windows Free, formerly known as Malwarebytes Anti-Malware, works alongside any antivirus program, including Windows Defender, finding threats that might have slipped through. Think of it as an extra layer of protection, especially against legal but unwanted programs that some AV software passes over.

There are free versions of Malwarebytes for PCs, Macs, Chromebooks and Android and iOS mobile systems, although the iOS one merely protects against scam calls and malicious websites, while the Chrome OS version is actually the Android app.

However, we advise skipping right to the free version, because running even the trial version of Malwarebytes Premium will disable Windows Defender, which does a better job of preventing infection.

Malwarebytes for Windows Free doesn't replace your computer's antivirus program. Instead, it augments whatever antivirus program is running by trying to catch malware that other programs miss. In addition to its own malware scans, Malwarebytes Free uses behavioral monitoring to spot early signs of an infection.

Malwarebytes uploads samples of suspicious software from its users' systems to its own servers for analysis. This data is used to create updates for the company's 30 million users. You can opt out of this data collection without diminishing your protection.

Malwarebytes examines your system's master and volume boot records with a rootkit scanner to spot deeply buried malware and defends against fileless-malware attacks to catch exploits before they can do any serious damage.

To start a Threat Scan, just click on the Dashboard page's Scan Now. While there's no built-in full-scan option, you can get the equivalent by using the Custom Scans setup and selecting the entire C drive. (The quick Hyper Scan option and the ability to schedule scanning are only available to Premium users.)

Malwarebytes Free doesn't scan USB flash drives automatically as soon as you plug them in, but a right-click on the drive's icon in Windows Explorer can start a manual scan.

If you choose to go with Malwarebytes Premium, be aware that its malware defenses are second-best compared with its competitors, with much lower detection rates and a higher rate of false positives.

A survey conducted by the German independent testing lab AV-TEST in March and April 2019 saw Malwarebytes Premium blocking 99.2% of brand-new, zero-day malware in the first month, and 100% in the following month. Malwarebytes found 99.5 percent of widespread, known malware in either month, putting it significantly below the industry average of 100 percent detection. Our top-rated antivirus products – Bitdefender, Kaspersky, Norton and Trend Micro – each found and blocked 100% of both kinds of malware in both months, as did Windows Defender.

Malwarebytes for Windows Free sticks to its core mission and doesn't offer extras often found with antivirus software, such as dedicated webcam protection, a file shredder, a password manager or a secure web browser.

But while it comes with no browser add-ons, Malwarebytes for Windows Free blocks known malicious websites that may harbor dangerous software or phishing attempts.

But it lacks the ability to scan email attachments for dangers before they're opened, and we've already noted that it won't automatically examine USB drives.

To gauge Malwarebytes' impact on overall performance, we used our custom benchmark test, which measures how long a CPU takes to match 20,000 names and addresses in an Excel spreadsheet. Our testbed was an Asus X555LA notebook with a 2-GHz Core i3 processor, 6GB of RAM, 59.5GB of files on a 500GB hard drive and the latest Windows 10 updates.

With the built-in Microsoft Defender running, the Asus registered a baseline completion time of the name-matching task of 13.7 seconds. This time rose to 14.0 seconds after we installed Malwarebytes Free, but before any Malwarebytes active scanning took place. This represents a 2.2% performance loss based on the system resources that Malwarebytes uses in the background, equivalent to the passive performance loss of AVG and Avast's antivirus products.

It's important to note that this loss of performance is in addition to the system resources taken up by an installed antivirus program. During a Malwarebytes Threat Scan, the benchmark completion time rose to 19.0 seconds, representing a 39% loss of performance from the baseline. This is better than Avast Free Antivirus' 47% performance hit, but it pales next to the efficiency that Kaspersky Total Security and Microsoft Defender achieve.

Running a full scan via the Malwarebytes Custom Scan interface was even more disheartening, as our benchmark completed in 20.0 seconds. This 46% drop in performance was one of the worst showings for a free malware product.

MORE: Which Antivirus Software Has the Least System Impact?

On the other hand, Malwarebytes is a quick scanner, taking 4 minutes and 57 seconds to run a quick Threat Scan that scans memory, registry and start-up files but also does a thorough file system scan and a heuristics check. That's slow by the standards of AVG AntiVirus Free's 1 minute and 36 seconds, but Malwarebytes looked at many more files.

As fast as the Threat Scans are, examining the entire computer is dreadfully slow. By setting the Custom Scan to look at the entire C drive, I was able to mimic the full scans of regular antivirus software. It took a whopping 5 hours, 15 minutes and 30 seconds for Malwarebytes to examine 359,273 files, more than three times slower than Microsoft Defender. Malwarebytes doesn't index known good sectors, so its scans won't get any shorter over time.

Malwarebytes Free's dashboard has a bright, open and streamlined look, with a prominent green arrow pointing down to the Scan Now button and indicators telling you the times of the last scan and malware-definition update. To the left are the program's main categories: Scan (with the choice of Threat Scan and Custom Scan), Exclusions (for whitelisting items), Quarantine (for where suspect items end up) and Reports (details of recent scans).

The Settings section is limited in the free version of Malwarebytes. For instance, the Application section lets you do decline suspicious-software collection, but the Play mode is off-limits.

The Protection section lets you scan for rootkits and search within archives, but only paying customers get Real-Time Protection and scan scheduling. Finally, Account Details describes your license and links to your online account (if you have one), while About displays the current program version and useful links.

The Malwarebytes Task Tray applet is a mixed bag. It let me open the main interface and force a malware-signature update, but further abilities are restricted to the paid Premium version.

It took me only 3 minutes and 40 seconds to download, set up and start using Malwarebytes Free. The installation file is 60.7MB large. A bar shows the installation's progress.

While you can install Malwarebytes Free without telling Malwarebytes who you are, you'll need to register with the company to use the Malwarebytes online account, which lets you monitor your protected systems remotely. I wasn't able to opt out of data collection during installation — I did this later by going to the Settings' Application section and turning off the Usage and Threat Statistics.

Installing and using Malwarebytes for Windows Free is kind of a no-brainer, as it helps and won't conflict with your regular antivirus protection. Malwarebytes is also more aggressive than some regular AV software about disabling legal but unwanted programs.

Just be sure to regularly start manual scans to keep your system protected, and make sure you're not doing anything else at the time, as the scans will slow down a system by adding a lot of performance overhead.

Malwarebytes isn't meant to be your only malware defense, but it can be an extra layer between your computer and a wild online world. If you want a single protection program instead, Kaspersky Free Antivirus provides airtight protection without slowing down a machine too much.