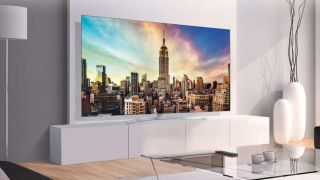 There's a lot happening in the TV world, and CES is the biggest TV showcase there is for best TVs for the coming year. As we get ready to go to the big show in January, we've been watching the forums, noting the leaks and doing our own analysis to predict what we might see in Las Vegas and later in 2020.

Some of these predictions are easy to make. There will be more 8K TVs. We'll see new standards, like HDMI 2.1 and ATSC 3.0, begin to take hold as manufacturers add them to new models. Those standards will also bring some exciting new features, like better audio options and smoother gaming.

Here are the biggest TV trends we expect to see at CES 2020.

Let's start with an easy prediction to make: We'll see more 8K TVs at CES. We saw plenty of 8K models in 2019 — including the Sony Master Series Z9G and the LG 88-inch Z9 8K OLED — and there are surely more to come from major TV makers, like LG, Samsung and Sony, which already have 8K models available to buy. In addition to more models, the new 8K sets will probably be available in smaller sizes, meaning that there should actually be 8K sets that will fit in your home, instead of just the 80-inch and 100-inch beasts that have dominated the 8K category so far.

Even better than smaller screens, however, would be smaller prices. Now that TV makers have had a couple of years to get their manufacturing lines up and running, we should start to see the astronomical prices of 8K TVs start to come down to the merely premium. Samsung already has a 55-inch version of the Q900R QLED 8K TV that sells for $2,199. Here's hoping we see more models with attainable pricing this year.

But we may also be getting new 8K sets from new players — like TCL, Hisense and Vizio — as that market niche expands. TCL already has an 8K version of the 8-Series Roku TV available in Asia, pairing the excellent QLED screen and mini-LED backlight with a higher resolution. Will it come to the U.S. in 2020? My guess is it will. (Indeed, TCL is promising to show off a new line of TVs that feature the next generation of mini-LED technology during its Jan. 6 press conference at CES.)

There will also be two big events driving 8K adoption this year: The Tokyo 2020 Olympics and the holiday launch of the new Sony PlayStation 5 and Xbox Series X — two consoles that can deliver 8K gaming. Manufacturers will be prepping 8K sets to sell in advance of these events, so I'd expect big things to be announced at CES in the lead-up to these events.

LG and Samsung lead the TV industry, and it all boils down to two similar-sounding acronyms: OLED and QLED. These two technologies have redefined TVs in the past decade, but we can expect a lot more of both technologies, from not only the usual suspects but also other manufacturers.

The QLED landscape is surging with new models from manufacturers like TCL and Vizio, and that list will only continue to grow in the coming months. I expect to hear about several new quantum-dot-enhanced TVs for 2020 when I'm at CES. Samsung will continue to be a big player in the quantum-dot LCD segment, but the company won't stand alone anymore.

Samsung also is rumored to be jumping into the OLED market with a hybrid technology called quantum-dot OLED, or QD-OLED, which pairs organic light-emitting diodes with Samsung's highly refined quantum-dot technology. Mums the word as to whether we'll get our first look at QD-OLED in January, but CES is the perfect place to make a big splash with that sort of announcement.

According to an announcement from LG Display earlier this year, Vizio will also be launching its first OLED TV in 2020, and CES would be the logical place to unveil the new model. We'll be meeting with Vizio during the show, so keep an eye out for news and hands-on previews.

TVs fold, flip and get funky

If a Dutch patent filing by LG is any indication, we might get a surprise announcement of a folding OLED TV. The design applies the same folding-screen technology in smartphones to a large, flexible OLED panel.

LG's segmented TV folds out like a Japanese room divider, expanding to a full-size TV. The end pieces serve as both a stand and speakers, and the large 21:9 screen can fold down into a much more compact package when not in use.

But at least LG's folding TV will expand into a fairly traditional screen. Samsung's Sero will do things a little differently: According to a Korean statement from Samsung, the Sero is part of the same design-centric family as The Frame and The Serif, but the Sero puts a unique (and literal) twist on the usual TV.

It rotates 90 degrees, from landscape to portrait mode, specifically for displaying vertical video and appealing to a younger, mobile-first audience. The Sero launched in Korea last spring. Time will tell if the rotating TV will come to the U.S., but if it does, CES is the place to introduce it. Meanwhile, a report out of Korea claims that Samsung is going to show off a "zero-bezel" TV at CES.

LG's OLED sets already have Nvidia G-Sync, thanks to a software update earlier this year. They're the first sets to get Nvidia's frame-rate synchronization technology — and we loved it when we got an early hands-on demo.

But Nvidia is not the only player in this game; AMD's FreeSync is already showing up in TVs, with Samsung offering several models with FreeSync capability.

This support should get a lot more prevalent as manufacturers embrace the HDMI 2.1 spec, which includes support for both higher frame rates for 4K and variable refresh rates (VRR) in gaming. As HDMI 2.1 shows up on more TVs, you can expect all three formats — VRR, AMD FreeSync and Nvidia G-Sync — to get support on more TVs.

The newest standard in TV broadcast technology is ATSC 3.0, and it's poised to go big in 2020, delivering a 4K picture over the air for the same completely free price as current 720p and 1080p broadcasts. The new standard has been in the works for several years, but broadcasters' recent adoption of the standard will make ATSC 3.0 broadcasts a reality across the country in the coming months.

LG has already let it slip that at least one of its OLED TVs will have ATSC 3.0 tuners built in. But both Samsung and Sony have also had a hand in shaping the new standard, so it stands to reason that at least a few TVs from each brand will boast NextGen TV hardware inside as the new 3.0 standard rolls out in the U.S.

Putting voice assistants like Amazon's Alexa and Google Assistant into smart TVs isn't a new idea; TV manufacturers have been doing it for a couple of years now. But the growing prevalence of always-listening smart speakers is bringing back a feature that most TV makers had dropped: far-field microphones that listen to the room.

Sony and Samsung added far-field mics to their smart TVs last year. These microphones come disabled by default, but they can be turned on to be used with their respective voice assistants. Even where microphones aren't integrated into sets, every major TV manufacturer has added compatibility with smart speaker voice controls and included microphone-equipped remote controls. But as smart speakers grow in popularity and show up in other devices, I'd expect to see the far-field-microphone trend grow in 2020, with more TVs featuring not only voice assistants but also built-in hardware for room-scale listening.

The HDMI 2.1 specification was only finalized in 2018, so it's not a huge surprise that only a handful of 2.1-equipped TVs launched last year. LG's OLEDs (including our favorite, the LG C9 OLED) had multiple 2.1 ports, while Samsung and Sony added single ports and partial support for specific features in their TVs.

But that may change in 2020. Now that manufacturers have had a year to get ready, and to suss out what the key selling points of 2.1 connectivity will be, I'd expect to see HDMI 2.1 on many more TVs this year.

But the specification may not be promoted as HDMI 2.1, since that sort of opaque naming makes it harder for many shoppers to understand what they're getting. Instead, look for key features to be highlighted, like an improved version of audio return channel called eARC, which supports better sound; higher frame rates for both 4K and 8K; improved HDR support and even better gaming.