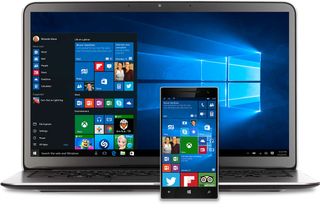 The time has come once again for AV-TEST to reveal which of the best antivirus programs will keep your computer safe, and which will just take up valuable hard drive space and processing power.

Rather than testing Windows 7 or 8, the company has taken a foray into Windows 10 for the first time. Windows 10 users have good reason to rejoice, as a full four of the 20 programs tested received perfect ratings, but a few questionable products fell well short of the mark.

The information comes from a series of charts and spreadsheets assembled by AV-TEST throughout September and October 2015.

The independent German product-evaluation lab, known for its regular and rigorous evaluations of the best Mac antivirus software and the best Android antivirus apps, as well as for the best Windows antivirus software, ranked programs based on Protection (how many threats each blocked), Performance (how each affected system resources) and Usability (how simple each was to operate). Each category was worth six points, for a possible total of 18.

The good news for Windows 10 users is that four of the programs tested scored perfectly: Avira Antivirus Pro, Bitdefender Internet Security, Kaspersky Lab Internet Security and Symantec Norton Security. (For each program, AV-TEST worked with the most recent version available.) This score indicates that the programs blocked all common malware and all newly discovered exploits, didn't encumber systems very much and provided easy-to-understand user interfaces.

At the other end of the spectrum were Quick Heal Total Security and Threat Track VIPRE Internet Security. The former scored only 12.5 points: 4 in Protection, 2.5 in Performance and (to its credit) a full 6 in Usability. The latter scored only a 3.5 in Protection, a 3.5 in Performance and, again, a full 6 in Usability for 13 points overall. Both programs still met AV-Test's basic competency metric (10 points overall, with at least one point in each category), but fell short of the 14-point baseline set by Microsoft Windows Defender (3.5 Protection, 4.5 Performance and a full 6 for Usability.)

The majority of programs fell somewhere in the middle, neither perfect nor especially lacking. F-Secure Internet Security and Trend Micro Internet Security both scored 17.5 and came away with AV-TEST's highest recommendation. Otherwise, the scores range between 14 and 17 points, meaning they offer some adequate combination of protection, performance and usability.

Because Windows 10 is similar to its 7 and 8 counterparts under the hood, getting a good antivirus program is just common sense. AV-TEST is by no means the only evaluator out there, but it has been one of the more assiduous and consistent, so its rankings are usually a good place to start. If nothing else, the ratings suggest that you can check out Avast Free Antivirus or Panda Security Free Antivirus if you're not interested in shelling out any money.