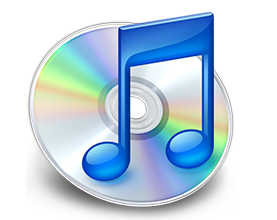 The Christmas number one is kind of a tradition in the UK. Sometimes, it's woeful (Bob the Builder in 2000), sometimes it's great (The Beatles grabbed the coveted spot four years running) but whatever it is, it's played relentlessly. Since music mogul Simon Cowell launched the X Factor, it's been a whole other story. The final episode of Cowell's search for the next popstar always airs just before Christmas, and because of the show's popularity, the winner's single always shoots straight to number one. Dodgy number ones were replaced by Leona Lewis one year and Alexandra Burke the next.

One group of people got rather fed up with the idea that Simon Cowell's latest project would be always be guaranteed the number one, year in and year out. The UK couple decided to launch a Facebook group to try and have Rage Against the Machine's 1992 hit "Killing in the Name" beat this year's winner Joe McElderry.

Over 450,000 RATM fans joined the Facebook group that carried the following message:

The band themselves also jumped on board. Rage Against the Machine's Zack de la Rocha told fans that a "large portion" of the sales would go to homeless charity Shelter while guitarist Tom Morello said, "It's trying to save the UK pop charts for this abyss of bland mediocrity." The band performed their song on BBC radio but were cut off when they began to swear as per the lyrics of the song. BBC had asked the band not to curse on the air but seeing as how the lyric is, "F*ck you, I won't do what you tell me," no one was really surprised when they didn't obey instructions.

Check out both videos below.