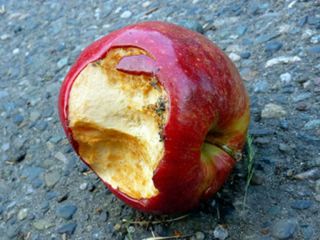 Apple has confirmed its latest hardware quality blunder: some units of the new iPad Pro are arriving to costumers with “a very slight bend in the aluminum chassis.”

Shockingly, Apple told The Verge that it doesn’t consider this to be a defect.

We knew that the new iPad Pro design could bend easily (as shown in the test video below), but there’s no excuse for some devices coming already bent from the factory. This is a device that can cost from $800 to $1900 depending on its configuration. Both iPad sizes can be affected by the problem.

The company says that this is a “side effect” of the cooling phase of the plastic and metal components during manufacturing process, which seems like bunk because it only affects some units and not others.

That’s not in line with all the publicity that Apple gives to its “ultra precise” quality manufacturing process every time it introduces a new product. Unfortunately, the factory-bent iPad Pro is not an exception but part of an increasingly problematic trend.

Apple recently announced that its iPhone X — sold all through 2018 — can exhibit a major factory defect on its screen that will make it unresponsive to touch, offering a “free” repair program for its $1,000 phone.

The iPhone XS came with three major complaints. Users or these devices — which starts at $1,000 and goes all the way up to $1350 for the 512GB version of the XS, and from $1,100 to $1,450 in the Max variant — reported batteries that don’t charge unless the displays are on, which Apple fixed in a iOS update. The same happened with the selfie beautifying effect, which came on by default and was later fixed in software.

A real hardware issue, however, is the iPhone XR's reportedly poor LTE and Wi-Fi reception, which echo the first iPhone antennagate. Like that infamous iPhone 4 “you are holding it wrong!” blunder, experts say that this new antennagate can’t be fixed with software.

Separately, PCMag found that the iPhone XR has considerably poorer reception than the iPhone XS, due to the quality of the former phone's antennas.

Earlier this year HomePod buyers discovered that Apple's smart speaker left a nasty white ring on wood furniture. That's a slap in the face to people who spend $349 for the device. Apple updated its support page for the HomePod to address the issue. suggesting users place "your HomePod on a different surface." As it turns out, the Sonos One exhibited a similar issue, but that doesn't really help.

Not only the new iPad Pro has problems. Apple has acknowledged that the 2017 iPad — sold until November 2018 — is developing hardware quality problems: users are reporting a bright spot that appears about 1 to 2 inches above the home button

In addition to the iPhones and iPads hardware blunders, Apple annus horribilis has also affected its Macbook line in a big way. Last month Apple admitted a major problem in the solid-state drive inside the 13-inch MacBook Pro that affects a “limited number” of 128GB and 256GB drives, with users reporting actual data loss and failure.

MORE: My Month with the New MacBook Air: What I Love and Hate

Earlier in the year, Apple finally recognized that keyboards in various MacBook and MacBook Pro models from 2015 to 2017 were defective, offering a replacement program.

But if you think that Apple learned from this and fixed things with the 2018 MacBook Pros, you are sorely mistaken. Users of the new computers have reported severe throttling issues with the new Core i9 chips, thanks to the hardware chassis design, which the company kept from the previous generation. As a result, the CPUs can’t run at their full speed because the machine can’t dissipate heat. Reportedly, this makes the top-of-the-line and top-priced i9-equipped MacBook Pros slower than the cheaper Core i7 models under intensive work.

The new MacBooks also have sound distortion issues even at low volume.

Not even the Apple Watch gets saved from this QA cluster-you-know-way. A new lawsuit claims that Apple’s digital timepiece has a battery problem. Some watch batteries would swell until they cause the screen to crack or detach. Apple has acknowledged the problem and is repairing the watches.

Of course, many other companies have hardware design and manufacturing issues. But those companies don’t charge top dollar and boast about their extreme quality assurance process in keynotes and long ads narrated by Jony Ive.

Apple, which has had plenty of hardware problems through its history, can’t afford this onslaught of bad news in one year. Especially when they keep pushing prices up. There are no excuses for any of these blunders and certainly no space for ridiculous “bent iPad Pro chassis are not a defect” statements. Apple, you are handling it wrong.