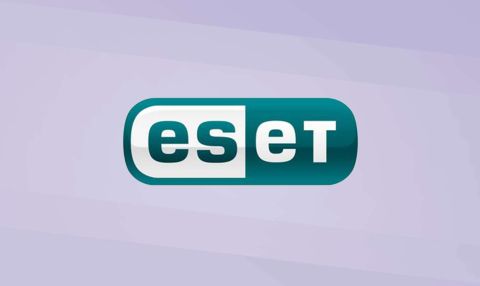 ESET's antivirus software has a remarkably light system impact, but its malware protection is average.

ESET's antivirus programs have a remarkably light system impact that some other antivirus brands would do well to emulate. You won't notice any system slowdown even during full scans, unless you're playing games or rendering video. ESET also offers protection for PC startup firmware that's rarely found with other consumer antivirus products.

The trade-off is that you'd be settling for average malware protection. Most of the other antivirus brands we regularly review do better than ESET in lab tests.

Although all ESET programs protect a PC's startup firmware, even ESET's premium program, Smart Security Premium, lacks some useful features commonly found with rival brands, such as a file shredder or a system optimizer. ESET's pricing plans can also rack up costs quickly for an individual or a family with many smartphones and computers.

Because of the tiny system impact, we can recommend ESET Internet Security or Smart Security Premium to individuals who are confident that they can avoid new malware on their own.

Otherwise, we can recommend our top choices for the best Windows antivirus software: Bitdefender Antivirus Plus for people on a budget, Kaspersky Internet Security for parents of young children or teens and Kaspersky Total Security for anyone who wants all the fixin's.

The basic antivirus program, ESET NOD32 Antivirus, is only for Windows. The program blocks phishing, spam and script-based attacks, but lacks the firewall of ESET's more expensive programs. NOD32 Antivirus starts at $39.99/£29.99 a year for a single PC, with each additional PC license (up to five) adding $10/£10 to the cost. Multi-year deals are also available, and all ESET antivirus programs offer a 30-day trial period.

The next step up, ESET Internet Security ($49.99/£39.99 yearly for a single device, extra licenses $10/£10 each for up to 10 devices) bundles in ESET's separate Mac, Android and Linux antivirus programs, which are not part of this review. (Until this year, those were only available with a separate package, ESET Multi-Device Security pack, which also included Internet Security. That package has been discontinued.)

If you or your family have more than a few computers and smartphones, ESET's subscription costs will add up quickly. You might want to instead consider something like Bitdefender's $120/£90 Family Pack, which covers an unlimited number of Windows, Mac and Android systems. But if you often use Linux, ESET is one of the few providers of consumer Linux antivirus software.

ESET's malware protection starts with conventional signature matching for known bad agents. The programs also use heuristic scanning and monitoring to look for telltale signs of an attack.

Any new and suspicious files are uploaded to ESET's malware lab for analysis. The resulting fixes to new threats are distributed to the company's 110 million users several times per day. (You can stop suspicious-file collection from your system and still get full protection.)

All three ESET Windows antivirus programs protect your motherboard's Unified Extensible Firmware Interface (UEFI), the low-level program that starts the boot process. Some malware will infect the UEFI to be out of reach of most antivirus software. But when ESET detects a change to the UEFI, the boot routine is halted and the software warns the user.

Many of ESET's security features have simple on-off toggles, but the Host-based Intrusion Protection System (HIPS) can be fine-tuned to specify rules for the Windows Registry, active tasks and programs. ESET's Gamer mode senses when software runs full-screen (indicating that a movie or game is in progress) and maximizes performance while minimizing interruptions.

If a USB drive gets plugged into your computer, ESET warns you and offers to scan it. You can scan any file by right-clicking it in Windows Explorer.

If your computer gets so overloaded with malware that the onboard antivirus program can't clean it, then use another machine to download ESET's SysRescue Live software and install it onto a USB drive or a DVD. The USB drive or DVD can then boot your PC into a secure Linux operating system that runs ESET antivirus software outside of Windows and wipes all malware from the drive.

All three ESET Windows antivirus programs use the same malware scanner, which did fairly well in recent lab tests but was still a notch below the best.

Our own tests, conducted in the spring of 2018 in our Utah labs, showed that ESET's scanner caught 99 percent of malware — about the same as Bitdefender but a step behind McAfee and Trend Micro's perfect scores.

London-based SE Labs gave ESET a 99 percent overall score in all four of its 2018 quarterly evaluations, ahead of competitors like Trend Micro (which averaged 97 percent) and McAfee (averaging 96 percent). It was behind Kaspersky, which averaged 100 percent accuracy for the year. But in the most recent round of tests, Microsoft Windows Defender pulled ahead of ESET, scoring a perfect 100 percent.

AV-Comparatives, an antivirus testing lab in Innsbruck, Austria, found that ESET achieved a 98.9 percent success rate against "real-world" (mostly internet-borne) malware in five rounds of tests between July and November of 2018. All the other antivirus brands we regularly review did better.

We generally use results from a fourth testing lab, AV-TEST of Magdeburg, Germany, but ESET has not participated in those evaluations since 2017. ESET's last AV-TEST showing (in November and December 2017) was mediocre, catching 97.9 percent and 98.9 percent of brand-new threats (below the average) and 99.9- percent and 100 percent of widespread malware (about average). We hear ESET is returning to the AV-TEST fold for 2019, and we will update this review with those results when they become available.

As noted above, ESET NOD32 Antivirus offers only the malware-protection essentials, and it leaves out the hardened browser and email-attachment scanning we think are necessary.

ESET Internet Security adds those two features and a fair number of others, but both it and ESET Smart Security Premium pale in comparison to Kaspersky and Bitdefender's feature-rich programs. Those two have things ESET lacks, such as virtual private network (VPN) client software, a file shredder and a system optimizer.

Internet Security is the sweet spot in ESET's lineup. Its Banking & Payment Protection creates a hardened window in your default browser (which can be Firefox, Internet Explorer or Chrome, but not Edge) if you land on a banking website. The new window uses only secure HTTPS connections, blocks browser extensions and encrypts your keystrokes to foil keylogging malware.

Internet Security can also prevent the webcam hijacking, but on our machine, the routine Windows 10 Device Census background program triggered an ESET alert as it tested the webcam. There's also a two-way firewall with a handy one-click rule maker.

Should your Windows computer be stolen or lost, the anti-theft feature built into ESET Internet Security can activate the webcam to shoot pictures of the thief, take screenshots and transmit the machine's location to the rightful owner as long as the system is online. But it can't lock the machine or wipe the hard drive.

The parental controls on ESET Internet Security can keep kids in line by blocking specific websites or entire categories of sites. There's no way to schedule online timeouts, however.

ESET's Connected Home Monitor scans the local network, builds a map of devices — from routers to notebooks to video doorbells — and looks for vulnerabilities, outdated firmware and factory-default passwords.

For 2019, ESET streamlined its programs to be more efficient. The effort paid off, as ESET Smart Security Premium had a very small impact on system performance in our tests.

Our custom benchmark measured how long a computer's CPU takes to match 20,000 names with 20,000 addresses in an OpenOffice spreadsheet. Our test machine was an Asus X555LA notebook running Windows 10 with a 2-GHz Core i3 processor, 6GB of RAM and 500GB hard drive.

There's no quick-scan option in ESET Smart Security Premium, so we used the ESET online scanner's Quick Scan. That took a bit more than 11 minutes to run through 4,476 files. That's not quick at all, although network speed might affect it somewhat.

During a local full-system scan, the OpenOffice benchmark test took an average of 7 minutes and 52 seconds to finish, a performance hit of only 14 percent. That's the smallest of all paid Windows antivirus programs we've reviewed recently, and less than even Microsoft's own built-in Windows Defender.

By contrast, the online quick scan dragged out the Open-Office completion time to 10 minutes and 7 seconds, a whopping 47 percent system hit. Don't use the online scanner unless you must.

ESET's redesigned interface still has ESET's signature mascot robot and a light-blue-and-gray palette. It's the rare antivirus interface that can be resized and run full-screen. Starting a full scan is two clicks away from the interface's home screen, and you also can drag-and-drop an object onto the screen for examination.

On the other hand, ESET remains one of the hardest security programs with which to schedule scans. You have to dig into the More Tools part of the Tools category, four clicks from the Home screen, and manually create scheduled scans as a task. Other antivirus brands let you schedule scans with a mere click or two.

The home screen has a green bar with a check mark when everything is secure. That bar turns yellow if something's amiss, and red if the system is under attack.

Along the left side of the home screen is a column of main categories, including Computer Scan, Update, Tools (including the password manager, network monitor and encryption) and Setup.

While an update or scan goes on, a black dot next to the name of the category bounces up and down. The Help and Support section lets you access the company's knowledge base or send a support request. The ESET TaskTray icon lets you pause the firewall, block network traffic or open log files. ESET doesn't require you to set up an online account to use its software, but it doesn't hurt to have one.

I started by downloading a 5.2MB beachhead installer from the ESET website. After I picked my preferred language, the beachhead in turn downloaded the full installer.

Once you pay with a credit card, use ESET's License Manager or enter a license key, the software is ready for installation. I agreed that ESET could take snippets of potentially dangerous software from my system and I had it install the company's protection against potentially unwanted applications (PUA), the annoying adware and browser hijackers that can be hidden in free downloads.

Finally, I installed the optional password manager, file encryption, parental controls and anti-theft features. It took less than 5 minutes from start to finish, making ESET Smart Security Premium one of the fastest antivirus programs to install.

ESET staffs its tech-support hotline only from 6 a.m. to 5 p.m. Pacific time on weekdays, not exactly helpful to North American home users who work 9-to-5. But you can also interact via chat or email, and the ESET website offers self-serve troubleshooting and fixes, how-to videos, an extensive knowledge base and a Top Solutions section. My favorite was ESET's Threat Encyclopedia, which explains common (and not-so-common) attacks.

We're still impressed with ESET Smart Security Premium's remarkably light system impact, and we like that all three ESET antivirus programs include UEFI firmware protection. ESET is ahead of its competition on both counts.

But it's behind most of its rivals on protecting Windows systems from malware infection, the primary job of antivirus software. ESET protection is far from terrible, but even Microsoft Windows Defender has done better in recent tests. We look forward to the next round of ESET lab tests.

If you're a person who feels smart enough to avoid phishing scams, malicious online ads and other common malware-infection vectors, and you prize CPU speed above all else, then maybe ESET antivirus software is for you. But everyone else should consider Kaspersky or Bitdefender software.