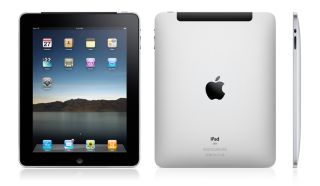 AppleInsider reports that analysis firm Flurry released its latest edition of the "Smartphone Industry Pulse" on Friday, revealing that interest in App Store development has nearly tripled in January thanks to the hype surrounding Apple's iPad device.

Flurry generates this number from developers integrating its application analytics into iPhone OS applications, comparing December 2009 against January 2010. Flurry said that nearly 600 applications were started in December, whereas over 1,600 new applications began development in January. This marks the largest surge in application starts since Flurry went into business tracking applications, the company said.

"As such, we hypothesize that excitement generated by Apple's iPad event in January is driving this growth," the firm said. "For developers who get a jump on customizing their applications for the iPad, there may be an opportunity to stand out early on, and earn more downloads."

Back in January Flurry said that it discovered fifty devices using applications that matched Apple's unannounced iPad, tracing them back to Apple's Cupertino campus. Flurry noticed that the devices downloaded or launched 140 apps consisting of games, news, books, and other entertainment.

Hopefully the new rise in app development, as indicated by the firm, doesn't mean triple the load of useless apps like the Hold Button or Cow Toss on the iPad.