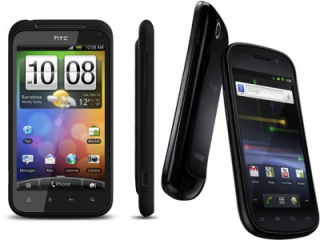 Google announced Google Wallet way back in May after months of rumors regarding a NFC (near field communications) system. Dubbed Google Wallet, the application represented a partnership between Citi, MasterCard, First Data and Sprint and promised Nexus S users the ability to pay for goods as well as store credit cards, offers, loyalty cards and gift cards. Today, Google launched Google Wallet for the public via an over the air (OTA) update.

"We've been testing it extensively, and today we’re releasing the first version of the app to Sprint," said Google's Osama Bedier, Vice President of Payments. "That means we’re beginning to roll out Google Wallet to all Sprint Nexus S 4G phones through an over-the-air update—just look for the Wallet app."

While Citi and MasterCard are launch partners, Bedier today revealed that Visa, Discover and American Express will be a part of future versions of Google Wallet. The company's goal is to eventually support all payment cards so that you can ditch your wallet altogether.

Right now, only Nexus S users will be able to take advantage of this nifty new contactless payment feature, but Google plans to add more handsets at some point in the future. Check out the demo video below to see how it works: