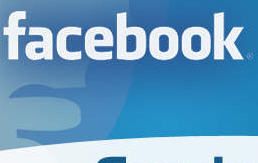 Facebook’s founder Mark Zuckerberg and the rest of his management team want to take the wind out of the skeptics’ sails. And most of all, Facebook has decided it is time to give its members a broader range of features, which involves, among other things, a redesign of the site. So Facebook is set to gradually, yet surely, change.

The site has undergone some profound changes in recent weeks, and the redesign will continue in the coming months. Not only will users see a redesign of the Profile interface and other changes, but the way Facebook works will be revamped as well. Some new invaluable tools will be available at Facebook Developers, which is a special area for developers who are called on to produce more genuinely useful applications, available in as many languages as possible.

Tom’s Guide lets you in on the changes the Facebook network will undergo in the coming months. We’ll tell you all about the changes to the interface and how users communicate as well as future applications to which members of the network will have access.