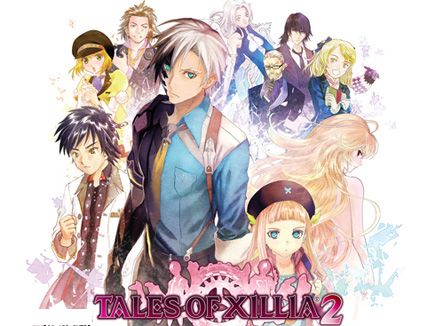 Tales of Xillia 2 isn't the best starting point for newcomers to the series, but it hits the sweet spot for long-term fans.

The beauty of the Tales series of Japanese role-playing games (JRPGs) is that you pretty much know what you're going to get before you jump in. You can expect a story about a group of plucky young people who save the world through the power of friendship, a diverse cast of offbeat characters and a real-time battle system with marginal improvements over last year's model. The formula has not changed much since the very first game in 1995, and refinement is the name of the game, not evolution.

Tales of Xillia 2 ticks all these boxes, yet calling it "just another Tales game" would do it a disservice. It avoids pitfalls common to JRPG sequels and offers a delightful adventure in its own right. If the game falls short of its predecessors’ lofty heights, that's only because it's very similar to what we've seen before. If you can stomach Tales of Xillia 2's recycled elements, you'll find just enough new content to keep you hooked.

In Tales of Xillia 2, you take control of cook-turned-adventurer Ludger Kresnik as he recruits a party, travels through parallel worlds, fights powerful enemies and repays a massive, crippling debt one installment at a time.

MORE: How the 'Tales' Series Found a Western Audience

The battle system in Tales of Xillia 2 is an odd beast, and its description could fill an entire page. Unlike most JRPGs, which use a turn-based battle system, Tales of Xillia 2 lets you control Ludger in real-time as you run around the battlefield, attack enemies, use special skills (called Artes) and dodge attacks.

The game’s competent, programmable artificial-intelligence engine (AI) takes control of three companions, and from there, battles are fast and furious. The average encounter takes no more than 15 seconds, but the game's fierce, frequent boss fights require planning, strategy, quick reflexes and a healthy store of healing items. Fighting in Tales of Xillia 2 is a delight, even if it's almost identical to the battle system in earlier games in the series.

There are a few refinements. Ludger can activate his Chromatus ability, which transforms him into an invulnerable lancer, capable of dishing out a bevy of special attacks until the timer runs out. He can also switch from dual blades, twin guns and a sledgehammer on the fly, which gives battles much-needed variety.

Between battles, characters learn varied skill sets, depending on which elemental Alium Orb they equip. Leveling up a healer with a light orb might refine her healing skills, for example, whereas equipping her with a dark orb would improve her offensive magic.

The system is simple enough and leaves room for customization, but it would have been nice to know which elements confer which skills. You'll need to either experiment a great deal or consult a walkthrough in order to learn and empower your favorite spells.

Outside of battle, the game works a little bit differently from its predecessor, which had a simple town-road-dungeon progression. Tales of Xillia 2 pads out its playtime by putting artificial gates between you and your objectives.

Early in the game, Ludger racks up a massive debt of 20,000,000 gald (in-game currency), and must pay it back in increasing installments over time. Ludger's bubbly banker friend Nova can withhold permission to access certain areas until Ludger reaches certain monetary thresholds, meaning that you'll spend a lot of your time working your way through the game's robust and fairly fun side-quest system.

Ludger can take up to five jobs at a time, which can be anything from culling standard monsters to delivering rare items to toppling fierce bosses. The quests themselves are nothing too exciting, but they provide as good an incentive as any to explore the large world and earn money toward unlocking plot quests.

There's even a mode called Kitty Dispatch, where you collect cats and send them out on missions to collect rare items for you (really). Say what you will about the Tales series, but it's certainly tapped into the Internet's cultural feline zeitgeist.

The side quests can be a pain to track, requiring a slog through about four separate menu screens. The quest areas also differ little in terms of challenge, resulting in a massively unbalanced difficulty curve between main and side quests.

Ludger Kresnik, an up-and-coming cook, winds up in the wrong place at the wrong time. In a single workday, he finds himself mixed up in a train hijacking, taking care of an 8-year-old girl named Elle, deep in debt for medical treatment and facing down his older brother Julius, who seems to be harboring some kind of demonic power. And you thought it was bad when you missed the bus this morning.

With Ludger's debt, Elle's quest to reunite with her father, tracking down Julius and joining up with the cast of the original game, the story in Tales of Xillia 2 goes in about a thousand different directions — and that's all before the requisite series of mid-game twists. Even so, the game balances everything and approximates a cohesive narrative.

As with most Tales games, the focus is not on the story, but on the charming characters who populate it. Elle is as clever, perceptive and petulant as any elementary schoolgirl I've ever met, and Julius strikes a nice balance between supportive older brother and potential villain.

The returning cast is a treat as well, from smooth-talking gunslinger Alvin to intrepid reporter Leia. Now that each character has completed his or her arc from the first game, listening to them banter as friends gives insight to what kind of people they've become. When Gaius and Muzét — the original game's two main villains — join the party, the interactions get even more fascinating. There's something undeniably appealing about teaming up with mortal enemies toward a common goal.

The only weak link is Ludger himself, who strikes an awkward balance between a silent protagonist and a customizable one. Ludger says very little of his own volition, and when you get to choose his dialogue, the options are usually either equally uninspired (trust Julius, or question Julius) or stark good-or-bad (save a party member or let him fend for himself). Ludger would have been better as either a fully fleshed-out character or a complete cipher.

If Tales of Xillia 2 has one major flaw, it's how it looks. The visuals are fine, channeling a heavy anime aesthetic with a colorful cast, but the engine looks less impressive than it did a year ago, and the whole game seems darker and bleaker. The palette is heavy on grays, blues and reds, without the brighter colors of the previous installment. A slightly grittier, more realistic look robs the game of its traditional Tales allure.

MORE:PS Now vs EA Access: Is 'Netflix for Games' Here?

Aside from the characters, barely anything has changed. Most environments are copied and pasted directly from the previous game with only minor tweaks. It's a shame that the developers were content to cut costs and tread the same ground again, when they could instead have shown off many unseen parts of the game's world.

A lot of the music and sound in Tales of Xillia 2 is also lifted right from the first game. You'll hear the same sound effects, some of the same music and even a few reused battle cries and victory cheers. The new battle theme is a snoozer, although the game's intro song, Song 4 U by Ayumi Hamasaki, is surprisingly catchy and well-produced.

The voice acting is also top-notch across the board. Every character has a distinct voice and cadence, and it's easy to sympathize with their struggles and laugh at their offhand conversations.

There's an old adage that the sequel is never as good as the original. Tales of Xillia 2 is the rare sequel that builds on what was good about the original and continues the story in a logical direction.

The game's playtime is padded, and you've seen most of the locations before. But you'll also find a brand new story filled with enchanting characters, and just enough tweaks to make the gameplay feel fresh. Tales of Xillia 2 isn't the best starting point for newcomers to the series, but it hits the sweet spot for long-term fans.