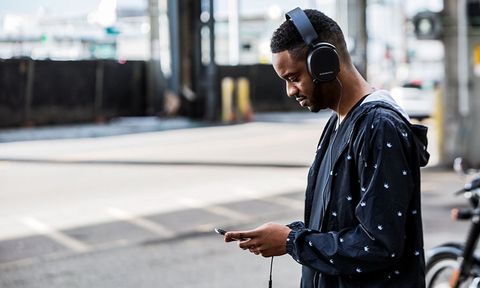 The Arctis 5 offers great sound that you can fine-tune to your liking, a comfortable design and an impressive mic at a reasonable price.

UPDATE, 6/7/19: The SteelSeries Arctis 5 has had a few minor upgrades since launch, and is still very competitive with the rest of the best gaming headsets available today.

In terms of raw technology, gaming headsets have never been better. They sound great, and their microphones provide a distinct advantage for competitive players. For overall user experience, though, they leave a lot to be desired. The SteelSeries Arctis 5 ($100) provides a promising remedy for the problems facing its often garish and uncomfortable competitors, maintaining a sleek design that's wearable for hours on end.

Better still, the Arctis 5 offers great sound that you can fine-tune to your liking and an impressive mic. Managing cables can be a bit of a pain, and the surround sound could be better, but the Arctis 5 is one of the best gaming headsets you can get for the price.

SteelSeries wanted to reimagine the gaming headset with the Arctis 5, and for my money, the result is an unqualified success. Neither bulky nor overdesigned, the Arctis 5 is a sleek black (or white) peripheral with smooth, over-the-ear cups and a flexible Velcro headband. You don't have to adjust two rigid, expandable rods to get a perfect fit; you just put the headset on, and it fits perfectly.

Although the Arctis 5 is somewhat large, it lacks a single extraneous bump or curve. This elegant peripheral would look equally at home in a gaming nook or on a crowded subway, and not many gaming headsets could make that claim.

Beyond that, there's a bendable, retractable microphone in the left ear cup, as well as a volume wheel and mic-mute button around the back. Everything is easy to reach without fumbling around too much.

My only real complaint — and it's not an insignificant one — is that cable management is a mess. The Arctis 5 connects via USB or 3.5mm audio jack, but either way, you have to plug a proprietary jack into an adapter. The USB adapter goes through an amp that controls chat volume, which is pretty useless if you're engaged in a single-player game. Besides, the amp is too light to sit comfortably on a desk, and the extra-long wire tends to get in the way of everything. The adapter for the 3.5 mm jack is tiny and easy to lose.

You can definitely make the Arctis 5 work with your setup, although doing so will require some creative cable management and a lot of extra space. A shorter cable without the chat amp would have worked wonders.

SteelSeries has generally put other headset manufacturers to shame when it comes to comfort, and the Arctis 5 is no exception. Not only does the elastic headband instantly conform to your head, but also, if it's even slightly off, you can just adjust the Velcro straps. This is a first for a SteelSeries headset, or any gaming headset as far as I know. The ear cups feel plush and breathable, but never push down hard, even for folks (like myself) with glasses and a lot of hair.

In case the default, black-and-white headband isn't to your taste, you can also buy alternate designs, starting at $20 a pop. To my mind, that's a little expensive for a small, thin piece of fabric, but it's purely aesthetic, so the choice is yours.

I handed the Arctis 5 off to a co-worker who agreed with my assessment that the headset was comfortable, light and easy to manipulate for a perfect fit. He said that it failed to make a tight seal around the bottom of his ears, however.

The Arctis 5 has more potential configurations than you can shake a joystick at, so finding the ideal settings for a game can be both satisfying and tedious. (We'll talk more about this in a later section.) For example, I wanted to give The Witcher 3: Wild Hunt a shot first to see how the system handled an immersive, single-player adventure.

I selected the DTS 7.1 surround sound with the Game preset, and the Immersion equalization option. I quickly discovered, though, that while the music and sound effects sounded gorgeous, everyone's dialogue seemed like it was coming from the bottom of a well. Simply disabling the surround sound set everything right again, at the expense of a little richness.

On the other hand, the surround sound was the perfect complement to Overwatch, a competitive first-person shooter that relies heavily on directional noises. Not only could I hear each footstep and weapon discharge from my opponents, but I was also able to pinpoint quiet locations. This turned out to be incredibly important in finding safe approaches to game-winning objectives.

Not every gamer will want to tinker with audio settings, though. I also tested StarCraft II: Nova Covert Ops and Marvel Heroes without any audio tweaking to see if I could still hear what was going on. In both cases, I was very impressed with the Arctis 5's default sound. Music, voice work and sound effects existed in perfect harmony with each other. The sound had enough immediacy to be exciting and enough depth to be satisfying.

A little equalization can go a long way, but if you don't want to fine-tune each game you play, the default settings are fine.

It's worth pointing out that the Arctis 5 also works with the PS4 and Xbox One thanks to the headset's 3.5mm audio-jack adapter. The sound isn't as good using the adapter, but is perfectly functional. Check out the next section for a more thorough evaluation.

If you already own a set of decent headphones for music, the Arctis 5 probably won't replace them. The headset delivers perfectly competent sound via its 3.5mm jack, complete with clear vocals, strong treble, and a surprising amount of punch from bass and percussion. On the other hand, you can't toy around with the equalization options, so all genres tend to sound somewhat alike, and just a little muffled.

On the other hand, if you want an everyday headset for your computer, the Arctis 5 can work wonders for both music and video. The SteelSeries Engine 3 software offers presets for both music and movies, and both work extremely well, with or without surround sound. "The Hand of John L. Sullivan" by Flogging Molly came through loud and clear, especially the lively accordion and the steady bass line. An episode of Black Mirror was similarly immersive, giving equal weight to the impassioned voice work and the eerie music.

As with the games, everything sounded fine even if you choose not to tweak the equalization options. But doing so is incredibly easy and can make almost any piece of media sound great rather than just good.

Like other SteelSeries peripherals, the Arctis 5 runs on the SteelSeries Engine 3 software. SteelSeries has made great strides with its software in the past few years, taking Engine from a buggy "me-too" product to something that's almost as polished as the offerings from Razer and Logitech.

As stated above, you can use the software to activate and deactivate surround sound, select equalization options (Immersion, Performance, Entertainment, Music and Voice are just a few of the useful choices), and customize a ton of mic options, including side tone (how well you can hear your own voice during chat) and noise reduction. There are more options here than I think the average user will want to play with, but it's better to have too much control over a product than too little.

You can also control the RGB lighting on the ear cups (a feature that I still think is somewhat useless on a headset, but at least it looks pretty) and set up individual profiles for games and other programs. If you're willing to take an hour or so to determine sound settings for your favorite apps and link them up, you could find yourself listening to your PC in a whole new way. Setting the Arctis 5 to Immersion for Witcher 3, to Performance for Overwatch and to Voice for Skype, for example, eliminates a lot of legwork and makes programs sound noticeably better.

SteelSeries has also made much of the mic, promising that this peripheral would revolutionize voice chat by providing something on par with high-end, stand-alone mics. After testing the mic out with Windows Voice Recorder, I can state that the company has succeeded, although success comes with a few caveats.

The mic does indeed produce clear and gorgeous sound, but like any high-end mic, it has an unfortunate tendency to overemphasize consonants, especially "S" and "T." This is why high-end mics need pop filters; there's no such option with a mic this small. You'll have to point it a little away from your mouth for maximum clarity, at which point it's still better than a standard mic, but not quite to the night-and-day extent the company promised.

SteelSeries has released three Arctis models, and it's worth quickly pointing out the differences among them.

The less expensive Arctis 3 ($80) comes with only a 3.5mm media jack, suitable for console play, but not able to connect with the Engine 3 software on PCs. The Arctis 5 presents a middle ground, with a chat audio amp, a USB connection and RGB lighting on the ear cups. The Arctis 7 ($150) does everything the 5 does, but also adds a wireless USB dongle into the mix, suitable for either consoles or PCs.

The Arctis 5 is an excellent product overall, boasting refined sound, comfortable design and sensible software. It's also a frustrating product, because a few minor tweaks could have made it that much better. The cords are too long and unwieldy; the surround sound doesn't play nice with every genre, and the amp gets in the way for most games.

Still, if you can live with a few minor annoyances, it's hard not to recommend the Arctis 5.