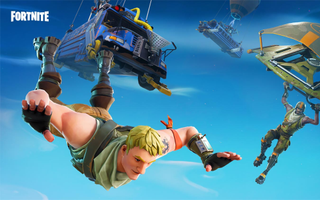 PlayStation 4-owning Fortnite addicts are about to be air-dropped into play against the rest of the Fortnite world. You read that right, in a massive reversal, Sony announced it will allow cross-platform gameplay for Fortnite, with an open beta starting today.

In a blog post, John Kodera, president and Global CEO of Sony Interactive Entertainment, wrote that this change "will allow for cross-platform gameplay, progression and commerce across PlayStation 4, Android, iOS, Nintendo Switch, Xbox One, Microsoft Windows, and Mac operating systems."

The post also admits that this news "represents a major policy change for SIE," and we have to wonder how this will effect other PlayStation 4 games. For example, will PS4 gamers also be able to play against Xbox and Switch gamers in Rocket League and Minecraft, some day soon? The post states that Sony has "identified a path toward supporting cross-platform features for select third party content," so it seems likely that Fortnite will not be the last game with this option.

Kodera frames the decision as the result of a "comprehensive evaluation process" that led the company to conclude that "communities around some games have evolved to the point where cross-platform experiences add significant value to players." Which it could have learned in minutes, had it talked to anyone with friends on different consoles.

Sony has yet to release details for how to sign up for the cross-play beta, but we will update this story when it does.