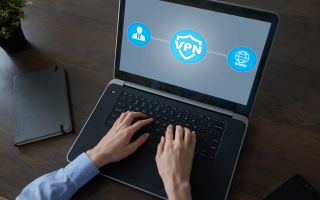 You know you should keep your online communications as private as possible, but paying for a VPN to encrypt all internet traffic to and from your computer isn't something you're prepared to do. Well the good news is that there are stacks of free VPN options around and some are actually pretty good

In fact, there's way too many than can be humanly trawled through to find the ideal option - that's why we've rounded up the best free VPN services and apps out there right now. In our hunt, we found Hotspot Shield Free VPN to be the best option. That’s largely thanks to the 500MB free use you get per day, amounting to roughly 15GB per month. It didn't slow down our connections, either.

If your only need for a VPN is to keep you encrypted when using public Wi-Fi and streaming a little overseas television, then grabbing a free VPN can pay dividends.

It's important to note however, that a completely free VPN service often comes with a hidden price. If it isn't getting money from you, then it's getting funds from someone else — sometimes by selling your browsing history, borrowing your bandwidth or injecting ads into the sites you visit.

That's why we generally recommend paying to upgrade to a full plan without any hidden costs and, crucially, no limits on use - especially when you can pay as little as $3 a month and upgrade to a much better service. And the getting the very best service out there is great value, too:

The best VPN in the world right now is ExpressVPN, thanks to its rapid and robust connection, watertight security, mega amount of servers and ability to use on a whole host of devices. It even comes with a 30-day money-back guarantee trial, meaning you can effectively get it free for a month to give it a try. Sounds like the option for you? Sign up for 12 months and get an extra 3 months absolutely free!

The best free VPN you can get right now

We think Hotspot Shield Free VPN is the best free VPN for many reasons, including the ability to use up to five devices on the service at once with a daily data serving of 500MB, aka 15GB per month. On top of that, you're protected by top-notch encryption so you know your online shopping is going to be in safe hands no matter what connection you're on.

Once installed, Hotspot Shield Free VPN is really simple to use and just works, exactly what you want with a free service -- and that applies to desktop and mobile app use. Everything zips along swiftly with a good connection you can largely rely on.

The only downsides are that you'll have ads, are limited to automatic server location selections and need to go through a seven-day free trial of the premium version which requires your credit-card details, though it won't be charged. And because the parent company is based in the U.S., it can't turn away the FBI if it comes a-knockin', although a 2017 transparency report says the company had never given law enforcement anything.

The company behind TunnelBear is none other than security software giant McAfee, meaning you get a whole lot of development behind this service without paying a penny. That also means a clean and easy-to-use app that works on mobile or desktop and gives you up to 1.5GB per month of free data -- but you'll have to tweet about the service to get two-thirds of that.

There is very little personal data required for sign-up, meaning this is more secure than ever, especially considering it's free to use. So this is a great free VPN for minimal use when you want access fast, like to check emails while traveling.

The settings options could be greater, and the use of things like server location selection, download limit and number of connected devices are all limited unless you pay for the full version of the service.

Generous on data and secure too

Windscribe is among our top picks for paid VPN services, so it's natural that its generous free tier would shine as well. It offers a whopping 10GB per month of free VPN use if you provide your email address when signing up, and perhaps an extra 5GB if you tweet about it. (Otherwise, you're limited to 2GB per month.)

The free services also includes access to a choice of eight server locations, a built-in ad blocker and firewall, no-logs storage for security, and the option to use just a username and password to sign-up. Discretion is a keyword for Windscribe.

You can even invite a friend to join and get another free 1GB on top. If that friend signs up for the Pro subscription you get unlimited data and access to 47 servers all for free. A pretty good excuse to shout about Windscribe and the service itself doesn’t disappoint.

Speedify, as the name suggests, is a VPN that offers great connection performance across more than 1,000 servers in over 50 countries, without scrimping on security. You can enjoy a full encryption security system while the software's turbo-boosting technology is able to make sure speeds stay at their maximum possible performance throughout your connection time.

This smart software lets you use multiple connections to enhance speed, for example both Wi-Fi and 4G data connections when on a mobile device – ensuring top performance speeds. The catch is that the mobile-data use might eat up your carrier's allocation if it's capped monthly.

Every month, Speedify allows you 5GB of free data, which refreshes every 30 days. This is a U.S.-based company, meaning it's subject to federal search warrants, so be warned.

The best data offering out there for a free VPN

If you want a free VPN and don't want to be limited on data, then ProtonVPN’s free VPN is perfect for you. The unlimited data allowance makes this ideal for watching sports and shows that are geo-blocked.

The limitations, which may prompt you to upgrade, are access to just one device at a time, no P2P support, only three locations and lower speed prioritisation compared to paid users. On the plus side, there's no logging in, making it very private, and there aren't even ads you have to put up with. This works on a wide range of platforms, including Android, iOS, Windows, Mac and Linux.

Sounds too good to be true? Well, kind of. Expect speeds to drop at peak times when the paying users will get more of that precious bandwidth. There’s also a dearth in server locations with ProtonVPN -- you’ll only have three to choose from with the free plan.

Who are free VPNs best for?

Even the best of these services are good for only occasional use, such as when traveling or in a café. They simply don't provide enough data usage or speed for 24/7 home VPN connections. If you want to encrypt all your home internet traffic, all the time, you should pay for one of the best VPN services.

If a VPN service is based in the United States, it will be subject to search warrants presented by U.S. law-enforcement agencies. All free VPN services log user connections, no matter what the service claims.

Many of the services we review here are based in Canada, Switzerland or Germany, which have stronger privacy laws. But one of the Canadian services, TunnelBear, was recently bought by a U.S. company and will have to honor U.S. warrants and subpoenas under a new U.S. law.

Free VPN services encrypt your data while it's in transit, creating a virtual tunnel through the internet that separates your data packets from the bazillions around them until they reach the service’s exit nodes many miles away from where you are.

Not only is the data encrypted, as it would be during a normal secure web session, but the routing information about the sender and intended recipient is hidden as well.

Today, the most popular VPN protocols are OpenVPN and various implementations of Internet Protocol Security (IPsec), which include IPsec by itself or in combination with Layer 2 Tunneling Protocol (L2TP) or Internet Key Exchange versions 1 and 2 (IKEv1 and IKEv2).

Some VPN protocols, including OpenVPN, use the Secure Sockets Layer/Transport Layer Security (SSL/TLS) protocols, which are also the standards to encrypt non-VPN connections between your web browser and secure websites (those that begin with HTTPS).

A VPN's scrambling and unscrambling of your data can sometimes slow internet traffic to a crawl. The best free VPN service providers have fast servers connected to huge data pipes to minimize this performance decline. They also have thousands of servers located in scores of countries, ranging from Albania to Zimbabwe.