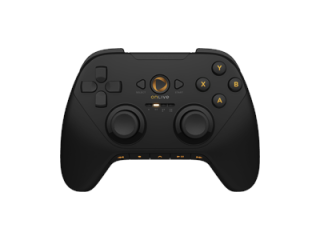 When OnLive threw us all into the clouds earlier last year with its release, it was met with both skepticism and excitement. Would OnLive bring an end to the need of high-powered computer hardware and modern gaming consoles? Many critics praised the system's simplicity and performance while others criticized its lack of titles and its latency issues. So how does the OnLive micro-console fare a little more than half a year after its release?

Let's start off with the basics. The OnLive micro-console packaging is both simple and minimal, just how we like it: no bloated packaging materials, lengthy manuals, disks or product catalogs. Included in the package is nothing but the necessary wired connections, the controller, console, quick start sheet and mini product manual. After all, the entire system is incredibly easy to operate, and takes up much less space than a traditional gaming console. Users simply have to plug in the included HDMI cable, AC adapter, Ethernet and they are good to go. Users without an HD compatible TV will be able to purchase an additional component cable for $30.

The two USB slots included in the front of the console allow easy use of other gaming peripheral such as a mouse and keyboard, PS3 or Xbox 360 controller. However, it pleased us to find that the OnLive controller was more than sufficient, blending aspects of both the Xbox and PS3 controllers. Shaped like the Xbox controller with the PS3's analog setup, the OnLive controller is high on quality and performance. Oh and it packs quite a rumble too!

Some PC gamers looking into buying the console may feel a bit wasteful paying $99 for a service they downloaded for free. But for the luxury and convenience of having the micro console independently play on a big screen HDTV, we feel it is a fair and reasonable price. One of the first games we decided to try out with the device was Metro 2033, whose higher graphics are known to be fairly taxing on modern PCs. To our pleasant surprise the game ran perfectly, and as you can see the graphic quality is also impressive. It may not be as great as ultra settings on a decked out gaming PC, but it was more than acceptable.

One issue many console and PC gamers alike may be concerned with is OnLive's dependency on a wired internet connection. Since pretty much everything is done in the cloud, network connections are of the utmost importance for OnLive gamers. The OnLive micro-console doesn't come wireless-compatible out of the box but it can also connect using a third party wireless bridge. OnLive suggests that gaming should be done using a wired connection for the highest quality, but hooking the console up to a bridge and another TV about 70 feet away from our router came up with surprisingly similar picture quality. There was however, the occasional "network error" resulting in a short lag spike, something that may be troublesome when playing a multiplayer game.

With an increased distance from the router and a shoddier internet connection, OnLive gamers will be much more likely to experience a loss in picture quality. If possible, we'd suggest keeping the system on a wired connection to fully enjoy the OnLive experience. All of our OnLive testing was done on a standard 16 Mbps down cable connection so results may vary drastically depending on the connection. This is probably the only issue with OnLive at the moment. Users without a decent reliable internet connection may not be able to enjoy OnLive as much as we did.

Assassin's Creed, Arkham Asylum,  Borderlands, and Duke Nukem Forever all showed equally impressive performance and video quality. With a 720p output TV and a reliable network connection, most games on the OnLive system look and perform just like their console counterparts. One game-changing difference that the OnLive micro-console offers compared to traditional modern consoles is access to the OnLive Arena and Brag Clips. Utilizing the Arena, users are able to watch other gamers play in real time, allowing them to get an idea of how a game performs before purchasing or renting it for themselves. With OnLive Brag Clips and the included Brag Clip controls on the console controller, gamers are able to capture their moments of glory to share with their fellow OnLive gamers. A much quicker method than recording a video and posting it on YouTube!

In the short time since its release OnLive has been doing remarkably well, but the truth is cloud based gaming isn't for everyone. At least not yet anyway. OnLive has shown us that the platform is very promising but it may still be too early to decide whether or not it will have a huge presence in the market. Most people might be uncomfortable with the thought of "purchasing" a game in the cloud. Without any kind of client-side download or tangible disk, do you really own the game you are buying? Undoubtedly keeping this in mind, OnLive has been smart enough to offer different models of cloud based gaming. Perhaps users are more comfortable utilizing the monthly subscription model or the game rental model. The only downside to the subscription is that it doesn't include all of the games on the system. But with consoles becoming increasingly outdated (at least until the next-gen arrives) the OnLive micro-console may be the best way to experience brand new titles to come.

The bottom line is that OnLive has grown from a mere 35 titles to over 100 titles in just one year, with even bigger titles to come. Already attracting some big name publishers like THQ and Konami, OnLive has proven itself to be a very promising system. We'll definitely be looking forward to what the company has in store for us. Do you own an OnLive console? How about the PC or mobile versions? Let us know about your OnLive experience in the comments!