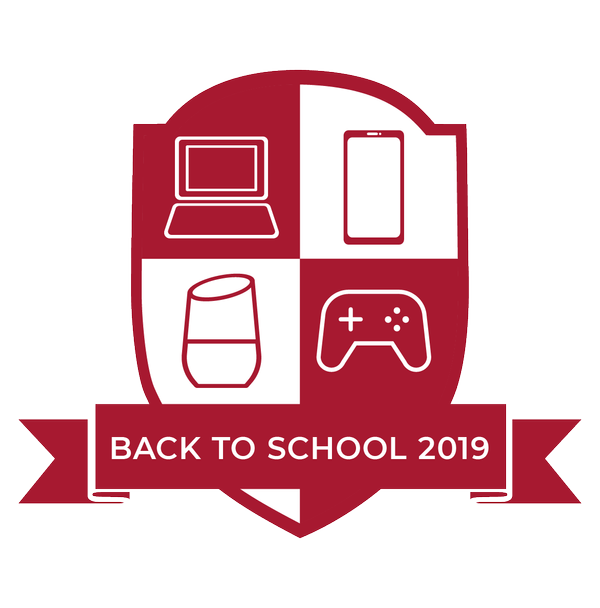 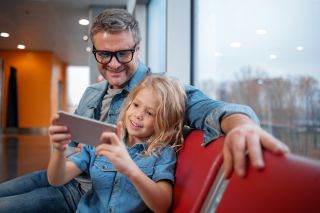 Getting your kids ready for a new school year doesn't stop with picking out new clothes, making sure they've got all their school supplies, and doing something about that unfortunate haircut they picked up over the summer. If you've decided that your child is old enough to start using a smartphone, you've also got to add them to your wireless data plan. Or, if it's high time for the older students in your family to start paying for their own wireless service, you've got to help them find a plan of their own.

Finding the best cell phone plan is complex enough. You've got to take into account which carriers offer the best coverage in your area and then sort through the mishmash of plans each one offers to make sure you're getting the best deal. Throwing extra lines for your kids into the mix only adds to the complications.

Fortunately, we've done  the legwork for you. Here's a quick guide to adding new lines to your cell phone plan, what that will cost you, and who's offering the best deal. And it's time for one of your kids to strike out on their own with their very own wireless plan, we have some advice on good options there, too.

The simplest way to cover your kids' wireless service is to simply add them to your own plan. That means opting for a family plan with your carrier of choice, or simply adding more lines to an existing family plan if you've already got one.

T-Mobile -- the best family plan: We think T-Mobile's Magenta plan is the best option for families. It's not the least expensive option, but T-Mobile's offering is competitively priced and throws in some nice perks. Two lines of T-Mobile's Magenta plan offering unlimited talk, text and data cost $120 a month ($70 for the first line and $50 for the second). Each subsequent line of data costs $20 each per month, so a family of four pays $160. Taxes and fees are included in that price, so there are no unpleasant surprises when you get your bill every month.

Perks that come with the Magenta plan include 3GB of LTE hotspot data, unlimited data should your student ever travel abroad (though speeds are slowed down when you're overseas) and a free Netflix basic subscription that allows you to stream SD video to one device at a time. (You can pay an extra $4 a month for HD streaming on two screens simultaneously). T-Mobile's Essentials plan lets is cheaper, giving you four lines of unlimited data for $120 each month. But you'll have to pick up your own taxes and fees, and forget about those perks that come with Magenta.

Verizon: Not everyone in the family has to have the same unlimited data plan. Both Verizon and Sprint let you mix the different tiers of unlimited plan that they offer — four in the case of Verizon, just three different plans at Sprint — so that parents can enjoy the perks that come with higher priced plans while saving money on the unlimited data plans tied to their kids' phones.

Verizon Unlimited Plans
Verizon lets you mix and match plans, so you could opt for a less expensive plan for your kids while you continue to enjoy a plan with more perks.View Deal

At Verizon, for example, four lines of the carrier's new Do More plan cost $180 a month. Verizon's Do More plan comes with 15GB of hotspot data, 500GB of cloud storage and the ability to use up to 50GB of wireless data before the carrier slows your speeds. If two of those four lines belong to kids who don't need those features, you can opt for the cheaper Start Unlimited plan for their phones, lowering your monthly bill by $20. That's not a huge savings, but it does bring down the cost of a four-line family plan at Verizon to what you'd pay each month at T-Mobile.

Sprint Unlimited Plans
Like Verizon, you can mix and match Sprint's cheaper Unlimited Basic plan with the more expensive Unlimited Plus and Premium options.View Deal

Verizon also offers a Just Kids option, which you can add so long as you've got at least one line of unlimited data. Just Kids limits your child to 5GB of LTE data under the theory that maybe you don't want your kids to be able to binge on cellular data. (If they go over 5GB, speeds are simply slowed through Verizon's Safety Mode, so you're not socked with overages.) A Just Kids plan offers unlimited talk and text to just 20 contacts, again restricting just how much your children can use their phones. Just Kid plans feature baked-in parental controls, too.

Adding a Just Kids line to your plan costs roughly the same as one of Verizon's Start Unlimited plans, so the appeal for parents is less about saving money and more focused on limiting phone use while adding other parental controls.

If you value savings over perks, going with a prepaid carrier may be the better option for your family, particularly if you're looking to include your kids in your cell phone plan. Family plans offered through prepaid generally cost less, in exchange for fewer benefits and deprioritized data speeds. (For what it's worth, when we've tested prepaid carriers, we find that their performance usually matches what their parent carrier has to offer.)

Our favorite prepaid family plans come from Metro by T-Mobile and Boost, which both offer four lines of unlimited talk, text and data for $140 a month. We believe Metro is the better option, as it uses T-Mobile's superior wireless network for its service, and it doesn't place restrictions on music and game streaming like Boost does. (Boost, which uses Sprint's network, is slated to be spun off to Dish as part of the T-Mobile/Sprint merger, adding some uncertainty about that carrier's future.)

Check those carriers for special deals, though, before you commit. As of this writing, Metro is discounting additional lines on its pricier unlimited plan, which includes more hotspot data and a complimentary Amazon Prime membership. Four lines on that plan currently cost $120 a month, a discount from Metro's entry-level plan. Meanwhile, Boost continues to offer a deal that incentivizes families to switch to its network by charging $100 a month for four lines of unlimited data.

Adding lines to your existing plan

If you're happy with your current wireless carrier, it's easy enough to call them up and add an extra line of service to your current plan. Just be sure to scour that carrier's website for deals before you do. Carriers occasionally offer free or discounted phones when you add a line of service to your plan, so you can reduce or eliminate the cost of picking up a new phone for your child — or upgrading the handset you currently use yourself.

Starting your child with a new plan

If you don't want to add another line to your family plan, your other option is to point your child to a cell phone plan of his or her own. That's a course of action you may decide to take if your child's headed off to college or ready to enter the workforce. And there could be plenty of young adults who are ready for their own cell phone plan — a recent survey by cell phone plan recommendation site Let's Talk found that 49% of people between the ages of 18 and 24 remain on their parents' wireless plan.

You can steer your kids toward two types of plans — unlimited and tiered data. And if they're looking to keep costs down, a plan from a prepaid or discount carrier may be a good option to consider, too.

Best unlimited plan: The same unlimited plan that's best for families is also the best cell phone plan for individuals. T-Mobile's Magenta plan costs $70 a month, with taxes and fees included. You also get 3GB of LTE hotspot data and the ability to use your data (at slower speeds) when you travel overseas. You can save $10 a month by opting for T-Mobile's Essentials plan, which offers fewer perks, but Sprint's Unlimited Basic plan also costs $60 a month and throws in a free Hulu subscription.

Best tiered data plan: Unlimited data is the way go if your child streams a lot of video and music. But if they're more judicious in how they use their data, a tiered plan will cost them less each month. Verizon still offers a plan with 5GB of LTE data — more than enough for most people — that costs $55 a month after a discount for enrolling in autopay. This plan also rolls over unused data to the next month.

Verizon's 5GB Plan
If you don't need unlimited data, this is the best option for a tiered data plan.View Deal

Best discount plan options: As with family plans, turning to a prepaid carrier can save you money on your monthly bill in exchange for giving up a few perks. Metro by T-Mobile's $40-a-month plan is usually our recommended option, since you get 10GB of LTE data and that rate includes taxes and fees. As of this writing, though, Verizon offers 16GB of LTE data for its $45 prepaid plan, double the usual amount of data. That's a limited time offer, though, and it requires autopay enrollment.

Verizon Prepaid Plans
So long as Verizon continues to offer double the data at the same price as before, its $45-a-month plan (with 16GB of data) is the prepaid option to beat.View Deal

Turning to a discount carrier for a cheap cell phone plan can save even more money. Republic Wireless, for example, charges $15 for unlimited talk and text, while each gigabyte of LTE data consumed adds $5 to your monthly bill. If your student keeps data use down, monthly payments at Republic Wireless can stay pretty low. If your student would rather not have to keep one eye on their data use,

Visible's $40 unlimited plan is a good choice, especially now that Visible doesn't cap data speeds and offers it service beyond just the iPhone.

Another alternative is Mint Mobile which discounts its monthly rates when you pay in advance. Mint gives you 8GB of LTE data for $20 a month when you pay for three months of service, and under a back-to-school promotion, it will throw in three additional months for free. The catch with Mint is that after this promotional period, you have to pay for a year of service to keep your low monthly rate; otherwise, your monthly payment jumps to $35 a month for the 8GB plan.