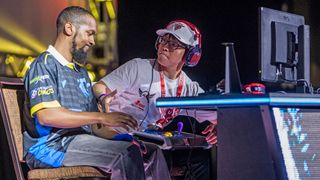 The super bowl of fighting games is once again upon us. One of the biggest annual events in competitive gaming, the Evolution Championship Series (or Evo, as it’s known) attracts top talent from around the world to compete in games such as Street Fighter, Tekken and Mortal Kombat for big cash prizes in the heart of Las Vegas.

Evo 2019 has proven to be one of the tournament’s biggest and most exciting installments yet, with incredible rivalries, comebacks and upsets in games like Super Smash Bros. Ultimate, Samurai Shodown and Street Fighter V. Dominique "SonicFox" McLean has retaken his Mortal Kombat crown, a longtime Street Fighter veteran finally earned his championship, and a breakout superstar from Pakistan is the new king of Tekken. And those are just a few of many highlights.

Here’s everything you need to know about Evo, including the game lineup, schedule, replays, new game announcements and the big winners.

Evo 2019 will host 9 games this year, with a mix of returning titles such as Street Fighter V and Dragonball FighterZ as well as debuting games such as Samurai Shodown and Under Night In-Birth Exe: Late[st]. Here’s the full list.

Evo 2019 live stream and replay: where to watch

You can catch all of the Evo action on Twitch. There are a total of 7 official Evo channels, which you can easily jump between right here. All Street Fighter V action will be broadcast on the official Capcom Fighters channel. You can also check out Evo’s The Jump Off channel for a dynamic broadcast that hops between several different games to give you a taste of all that Evo has to offer.

We've embedded the main Evo channel below so you can watch right here:

Missed the action live? You can check out replays of all of the big finals matches on the official Evo 2019 YouTube channel.

Evo 2019 announcements: all the big reveals

Evo has essentially become an E3 for fighting games with how many big announcements come out of it, and Evo 2019 has been no exception. Here are the big reveals:

A new Guilty Gear game is coming in 2020, and it looks to have some pretty incredible animation based on the very short tease we saw at Evo.

Tekken 7 will be getting a Season 3, which will deliver new moves for all characters. The Season 3 Pass, which releases in September, will include Zafina as well as two yet-to-be-announced characters.

SNK revealed the release schedule for Samurai Shodown's season pass, which will include Rimururu, Basara, Kazuki Kazama and Wan-Fu. All players will get Shizumaru Hisame for free in September, and a second Season Pass will arrive in 2020 featuring Mina Majikina. Oh, and SNK also confirmed that King of Fighters XV is officially in development.

Soulcalibur VI's next DLC character will be longtime favorite Cassandra, who releases August 5. The game will also get a second Season Pass complete with balance changes and four new characters -- including Samurai Shodown's Haohmaru.

BlazBlue: Cross Tag Battle is getting 9 new characters as part of its upcoming version 2.0 update. The $25 character pack will include fighters from the RWBY, Akatsuki Blitzkampf and Senran Kagura franchises, and will allow you to play as a literal tank.

Dragonball FighterZ's next character will be the villainous Janemba, who joins the fight on August 8. He'll be joining the Season 2 Pass alongside Gogeta (SSGSS).

The next installment in the Under Night series will be Under Night In-Birth Exe: Late [cl-r], which just rolls off of the tongue. The new title will have a new character named Londrekia and rebalanced gameplay.

Whether you’re a hardcore fighting game fan or just have a remote interest in the genre, Evo is one of the best showcases of what makes competitive games so exciting at a high level. The tournament is famous for birthing the now-iconic Evo Moment 37, which is just one of a countless list of exciting comebacks, upsets and nail-biting matches that make high-level fighting games so fun to watch.