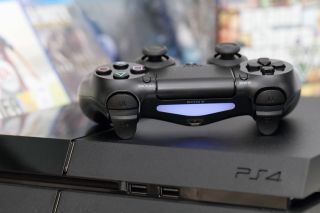 The E3 gaming expo starts in two weeks, and unless you're a member of the media (we'll be there!), you'll be relegated to streaming the press conferences on your laptop or TV. The exception? Sony's PlayStation event, which you can watch on the silver screen, as big and bright as if you were actually at the Shrine Auditorium and Expo Hall in Los Angeles.

Dubbed the PlayStation E3 experience, Sony's press event will stream to 85 movie theaters across the United States and Canada with other showings in Latin America. Tickets are free on a first-come first served basis. You can go to the E3 Experience website today (May 31) at 1 p.m. ET/10 a.m. PT to claim your tickets. Sony has a list of participating theaters in North America, while fans in Latin America should keep their eyes on Sony's regional blog.

The stream will take place at 9 p.m. ET/6 p.m. PT on Monday, June 13, just as it occurs lives in Los Angeles. Fans that attend the simulcast in theaters will walk away with exclusive swag, including a branded cup, a PlayStation collectible card and what Sony is referring to as a "digital gift basket."

Sony first streamed its E3 press conference in 2014. This year, we're hoping to see more of The Last Guardian, Shenmue 3 and the remake of Final Fantasy VII. We'll probably see a first look at upcoming DLC for Uncharted 4 and, if the rumors are true, an updated PlayStation 4, codenamed Neo, that supports 4K and VR.

Keep up with PlayStation on Tom's Guide