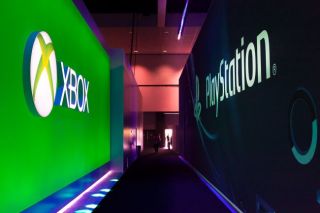 According to the Entertainment Software Association, Microsoft, Nintendo and Sony will require new and updated games that feature loot boxes to reveal the odds of receiving specific items by 2020.

Michael Warnecke unveiled the news at an FTC panel on loot boxes that took place in Washington, DC on Aug. 7.

"That said, we are doing more," Warnecke said. "I'm pleased to announce this morning that Microsoft, Nintendo, and Sony have indicated to ESA a commitment to new platform policies with respect to the use of paid loot boxes in games that are developed for their platform. Specifically, this would apply to new games and game updates that add loot box features. And it would require the disclosure of the relative rarity or probabilities of obtaining randomized virtual items in games that are available on their platforms," he continued.

"As well, many of the leading video game publishers of the Entertainment Software Association have decided that they are going to implement a similar approach at the publisher level to provide consumers this information and give them enhanced information to make purchase decisions."

While it'll be interesting to see how this affects loot box-heavy games like Overwatch and FIFA, it's still unclear when exactly this initiative will take effect next year.