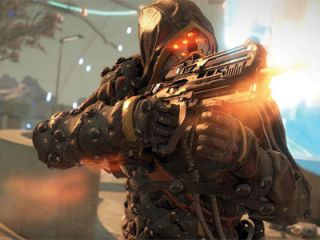 Yet another study claims to have found a link between playing violent video games and real-world violent behavior. But like many that came before it, the study relies more on correlation than causation. And by focusing on the video games themselves instead of  real-world behavior, researchers, parents and gamers are getting distracted from the real issues at play.

In this particular study published in the journal Educational Media International, researchers from Brock University in Ontario, Canada, evaluated 109 students ages 13 to 14 and found a correlation between playing violent video games and lower-than-average empathy and empathic development.

The study measured students' empathy using a test called "Sociomoral Reflection Measure-Short Form" or "SRM-SF," and defined violent video games as games that "include depictions of or simulations of human-on-human violence in which the player kills or otherwise causes serious physical harm to another human."

Studies that link violent video games and real-world violent behavior are nothing new; in fact, they make headlines so frequently that you might think everyone had already accepted it as fact.

However, for every study that claims to correlate violence and video games, there's at least another that found no such connection.

"There's data all over the place," said Christopher Ferguson, a professor of psychology at Stetson University who studies the link between violence and the media. "Some studies do find effects; some don't. There's no consistency."

In fact, "Most kids play violent video games, and there's really no evidence of it having any negative impact on them," Ferguson said. "Kids today are actually less aggressive than they were 20 or 30 years ago."

If it's the latter, then simply forbidding the child from playing violent video games will not adequately address the true issues at hand.

Violent video games are not the problem. They may not even be a symptom — most U.S. children play video games today.

It's quite easy, and even encouraged, to blame video games for antisocial or even violent real-world behavior. However, despite its conclusion that "playing violent video games may hinder moral development in some adolescents," this new report does not offer any evidence proving that the one leads to the other.