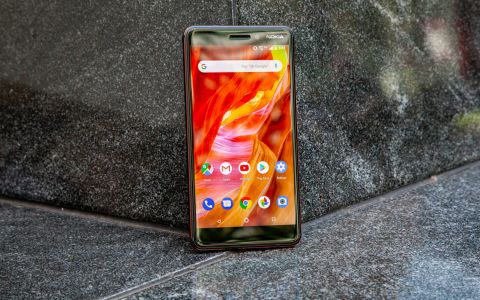 Buy it. With all the right specs, a great display, sturdy metal build and unrivaled Android One software, the Nokia 6.1 is a sleeper hit that belongs on your radar.

The road back to relevancy has been a bumpy one for Nokia, but things finally look to be smoothing out. HMD Global, a company fronted by former executives of the Finnish phone maker, reintroduced the famed brand to the industry last year with new Android phones carrying the Nokia name.

Included in that initial rollout was the Nokia 6, an unremarkable midrange handset that found few fans because of a dated design and middling performance.

The new Nokia 6.1 ($269) rights many of its predecessor's missteps, while still managing to keep things affordable. The result is a phenomenally refined budget phone that easily qualifies as the best product Nokia has lent its name to in an eternity.

The $269 Nokia 6.1 is a 5.5-inch unlocked phone that comes equipped with a Qualcomm Snapdragon 630 processor, 3GB of RAM and 32GB of storage. That's the lone configuration of the device, and it comes in one color — a mix of matte-black aluminum with copper trim. The Nokia 6.1 is currently available from Best Buy and Amazon, and will only work on GSM carriers such as T-Mobile and AT&T.

During the years when Microsoft owned the Nokia name, Nokia phones were known for an iconic aesthetic marked by playful colors, unique materials and soft, rounded forms. None of HMD Global's handsets have inherited any of that flair, but the Nokia 6.1 still cleans up nicely, mostly due to its simplicity.

The chassis of the Nokia 6.1 was fashioned from a block of 6000-series aluminum, bathed in a matte-black coating and finished off with some copper accents lining its diamond-cut edges and camera housing. The fingerprint sensor, which had been located within the front bezel between a set of ancient-looking capacitive navigation keys on last year's Nokia 6, moves to the back. Nokia has even included NFC as part of the package — a rarity on sub-$300 phones, which typically lack the technology for tap-and-pay transactions.

All in all, for a cheaper device, the Nokia 6.1 is elegant and feels solidly built. However, it is still last year's model at heart, and that means the chunky bezels, sharp corners and 16:9 screen are still here to stay. The proportions are out of style, even if the attention to detail isn't.

Nokia has included NFC as part of the package, a rarity on sub-$300 phones.

Personally, I don't find that to be a deal breaker, nor do I think an 18:9 display is objectively better than a standard, wide-screen one. But if it's important to you to have a device that follows 2018's prevailing design trends, you should know that the Nokia 6.1 doesn't. For one, it's not as pocketable and easy to use one handed as the perfectly proportioned Moto G6.

The 5.5-inch 1080p IPS LCD screen on the Nokia 6.1 is standard for this price range. But when a panel is as vibrant as the Nokia 6.1's, that's not necessarily a bad thing. The Nokia 6.1 doesn't offer a plethora of alternate color profiles or settings, but it’s display quality strikes an excellent balance between being realistic and saturated.

Whether it's the earthy, rustic storybook world of Christopher Robin and Winnie the Pooh, or the bold primary hues of Incredibles 2, everything on the Nokia 6.1's display simply looks how it should. This was reflected in testing, where the device covered 142 percent of the sRGB color space. That's not bad at all for a budget LCD screen.

You can expect accurate hues from the Nokia 6.1's panel, as the device turned in a Delta-E rating of 0.26 (numbers closer to zero are better). This is about as spot-on as any screen we've tested in any price category and is even a little better than the Moto G6's 0.39 result.

That may not sound particularly flashy on paper, but special camera features in a device priced as low as this one rarely, if ever, impress. Where it counts, the cameras in Nokia's latest are pretty standard. They handle some scenes reasonably well, and others not so much.

Outdoors, the Nokia 6.1 favored warmer, softer shots on a sunny day in a park alongside the Delaware River. Compared to the Moto G6, the Nokia produced images with more lifelike hues, unlike the overly cool greens and blues displayed by Motorola's handset. However, the Nokia 6.1 couldn't adequately light the darker regions, and so the contrast could have benefited from a bit more balance between the shadows and highlights.

On the other hand, selfies seemed a tad more crisp on the Nokia 6.1. The Moto G6 opted for a much warmer tint here that I think looks a little more flattering, but it's hardly lifelike. Motorola's device also failed to rein in those highlights, particularly the rays on sunlight falling on the ground in the distance.

However, when it came time to test out the Nokia 6.1's low-light capabilities, the phone struggled. The Moto G6 did a much better job illuminating this dimly lit scene of a couple of vinyl figurines. Nokia's handset couldn't pick up the intensity of Pac Man's red shoes or Mega Man's metallic blue armor. You'll also notice some of that color bleeding into the rest of the frame, inelegantly mingling with the background.

None of these are bad photos per se, but the images shot by the Nokia 6.1 don't stand out in any appreciable way, either. The shortcomings always seem to be the same: the shadows are too dark and everything isn't quite as clear or in focus as it should be. The Nokia 6.1's cameras won't surprise you, but that's true of most smartphones at this price.

Performance: Powerful for the price

The Nokia 6.1 is powered by the same processor and RAM spec as the last Android One phone, the Moto X4 Android One. But whereas that phone launched at $399 (Google now offers the X4 at $249 when you join its Project Fi network), the Nokia costs $130 less.

That's pretty fantastic hardware for the price, and thankfully, performance feels just as speedy, despite the money you'd save. The Snapdragon 630 and 3GB of RAM in the Nokia 6.1 will hit their limit sooner than Qualcomm's top-of-the-line 845 platform, but unless you're a heavy gamer or are put off by app launching times that are fractions of a second longer, you aren't likely to notice a massive difference.

This is a phenomenally refined budget phone that easily qualifies as the best product Nokia has lent its name to in an eternity.

The less encouraging news is that even though there's no difference between the processor inside Nokia and Motorola's Android One-powered products, Nokia's fared worse during benchmarking. The 6.1 topped out at 3,784 in Geekbench 4, which measures overall system performance, while the X4 delivered 4,122. That's even inferior to the just-released Moto G6, which technically has a less capable 450-class processor, but still beat the 6.1 by about 200 points in the same test.

At least graphics performance was on par with the X4. In 3DMark's Ice Storm Unlimited benchmark, which targets lower-end phones, the Nokia 6.1 achieved 16,847. That barely edges the X4 at 16,815 and the even less impressive G6, making Nokia's latest the best-performing handset in graphics performance at its price.

Inside the Nokia 6.1 is a 3,000-mAh battery, which doesn't sound particularly special in terms of capacity. However, the pack lasted long enough to turn in a very good 10 hours and 24 minutes in our Tom's Guide battery test, which streams websites until the phone shuts down on T-Mobile's LTE network.

That's not quite as good as the Moto X4's 11 hours and 41 minutes, let alone really long-lasting phones like the Moto E4 Plus, which miraculously chugged along for 14-and-a-half hours. But it is better than the $199 Honor 7X or Moto G6, which gave out at 9:21 and 9:25, respectively. The average smartphone lasts 9:50 on our test.

Additionally, the benefit of quick charging via USB-C means the Nokia 6.1 can reach 50 percent in just 30 minutes, using the stock adapter.

Think of Android One as Pixel for the lower-priced market, similar to the Google Play Edition of popular flagships like the Samsung Galaxy S4 and HTC One from years past. These devices are built by other companies, but they run unadulterated, current versions of Android. And that translates to the kind of software experience you'd expect from much more expensive Pixel phones, but on handsets costing a fraction of the price.

Put another way, there's very little to say about inexpensive phones that run Google's Android One software. And they're better for it.

So many less powerful devices would benefit from running lighter installations of Android devoid of battery-taxing bloatware and gimmicky features. Yet, Android One remains quite rare: Only two devices from two different manufacturers in the U.S. belong to the program.

Coupled with its powerful internals, the commitment to long-term support makes the Nokia 6.1 a bargain that should last you much, much longer than bargains typically do.

The Nokia 6.1 launches with Android 8.1 Oreo. Because it's an Android One product, that means owners will get two years of OS updates and three years of security patches. That's a big deal for a budget phone, considering many devices selling for less than $300 are typically only guaranteed just one OS upgrade, if they receive any at all.

Coupled with its solid internals, the commitment to long-term support makes the Nokia 6.1 a bargain that should last you much, much longer than bargains typically do.

Nokia didn't try to do too much with the 6.1, but that makes for a better end product. The company took a sturdy, if modest, design, and bolstered it with an excellent display, class-leading specs and a peerless software experience. The result feels like a premium device, even if the Nokia 6.1 doesn't command premium prices.

Motorola and Honor have commanded the market for unlocked budget Android phones over the past few years, but the Nokia offering has given them both a run for their money here. The Honor 7X is considerably cheaper, but it has a frustrating interface. The Moto G6 is the Goldilocks of the budget realm, with a design that flirts with perfection, but Motorola isn't backing it up with the software support its phone deserves, and its battery life is not as good as the Nokia 6.1's endurance chops.

True, the Nokia 6.1 costs more than either of those phones. However, at $269, it's still a tremendous value, and in this case the added expense is well worth it. In fact, the only handset that can really compete is the other Android One phone out there: the Project Fi-ready, discounted Moto X4.

If you only have about $300 to spend on a phone, you shouldn't sleep on the Nokia 6.1. It's not only the company's best phone in years; it's one of the best phones of the year, full stop.