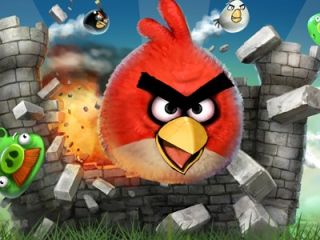 According to a new study that has been conducted by PopCap Games and Information Solutions Group, approximately 25 percent of all mobile phone owners have played a game on their mobile device within the past week, a feat that makes them 'avid' gamers in the researcher's eyes.

Taking a closer look at the types of mobile devices, PopCap discovered that a huge number of smartphone owners, 83 percent, are avid gamers with an alarming 45 percent stating that they play on a daily basis.

One of the most interesting pieces of information taken from the study is that 55 percent of smartphone users play games on their phones more often than their gaming consoles, laptops or desktop computers. Only 22 percent of smartphone owners preferred gaming on their desktops or laptops and only 20 percent played on their consoles more.

PopCap Games, the developers behind the very popular Bejeweled, Peggle, and Plants vs. Zombies games, has caught onto something that could possibly change the gaming industry. With smartphones increasing in computing power every year, the market for great mobile games continue to expand. In addition, carrying around a smartphone with mobile games makes it much easier to spice up the boring things in life such as long lines, boring classes, and 15 minutes lunch breaks.

Just take a look at the massive success of Angry Birds and you can see for yourself how mobile gaming is taking the world by storm. And with the impressive hardware lineup on 2011 tablets and smartphones, we can expect to see more incredibly addicting games.