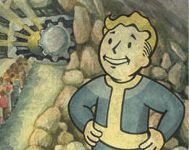 Fallout 3 was one of those games that had plenty of appeal for both PC and console gamers. Now Bethesda has confirmed that Fallout: New Vegas, the next chapter in the Fallout series, is already scheduled to hit store shelves in Autumn 2010. The game is currently in development at Obsidian Entertainment for the Xbox 360, PlayStation 3 and Games for Windows.

Fallout: New Vegas, the follow-up to Fallout 3 – the 2008 Game of the Year – brings this beloved franchise to a location only Fallout could do justice: Vegas. Fallout: New Vegas takes all the action, humor, and post-apocalyptic grime and grit of this legendary series, and raises the stakes.

Accompanying today's announcement is a debut trailer. View it below!