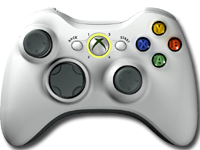 A study of 1,102 young Americans aged 12-17, conducted by Pew Internet & American Life Project nearly all teenagers play video games in some form or another be it on a PC, console or cellphone and that more and more teenagers are playing games with either friends in the room or playing games online with people they know in real life.

So kids are gaming with each other, big deal, right? What’s perhaps more interesting is that parents were also surveyed and among all the numbers of who monitors or restricts what, there were some interesting figures about mature content in video games.

Results showed consoles to be the most popular platform, with PCs/Laptops, handhelds and cellphones placing 2nd 3rd and 4th respectively. Results showed the the top three genres to be racing games like Mario Kart, puzzles like Tetris and Solitaire and sports games such as FIFA.